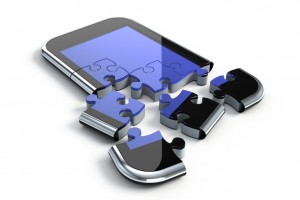 (Reuters) – Japanese tech and telecoms group SoftBank Corp is to buy into Finnish mobile gaming company Supercell in a deal that values the three-year-old maker of hit game Clash of Clans at $3 billion.

SoftBank said it would pay 150 billion yen ($1.53 billion) for a 51 percent stake in Supercell, with 20 percent of that investment coming from its own mobile games maker subsidiary GungHo Online Entertainment Inc.

Market researcher Newzoo estimates global game revenues across all platforms will reach $86.1 billion by 2016 as the number of gamers reaches 1.55 billion. It expects the fastest growth to come from mobile gaming, which will make up almost 30 percent of the total, up from about 17 percent this year.

He was quoted on Supercell’s blog as saying the acquisition was part of its “quest to become the #1 mobile Internet company”, showing his ambition to expand further beyond its main wireless and Internet services business.

Supercell, which was founded in 2010, is now more valuable than Zynga, the company behind once-popular games such as “FarmVille” which is struggling with a fall in users and is worth $2.8 billion.

SoftBank now has the third largest market capitalization in Japan and is set for a major windfall as Alibaba, China’s top online retailer in which it owns a 36.7 percent stake, is preparing for a stock market listing.

“LIFE AFTER NOKIA”
Globally, mobile game revenues generated through Apple iOS and Google Playstore are expected to exceed $10 billion this year, according to Adam Krejcik at technology and gaming research firm Eilers Research in California.

Led by Angry Birds maker Rovio, Finland’s gaming industry has been a rare bright spot in a small Nordic economy which has struggled with a decline in traditional industries such as paper and machinery as well as the fall of Nokia, once the world’s biggest handset makers.

Nokia announced in September that it was selling its devices unit, not including patent licensing fees, to Microsoft for $5 billion.

Supercell CEO Ilkka Paananen, who will remain in his position, said on the company’s blog that the SoftBank deal would help his firm expand globally. He also reassured Finns that the company’s operations would remain in Finland and that it would continue to pay taxes in the country.

“I think more and more people in this country are realizing that there is life after Nokia!” he wrote.