PE Hub
Home Opinion Something for nothing
Scoops & Analysis 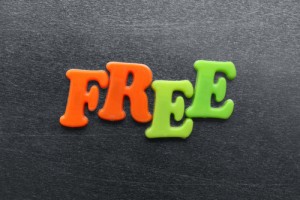 A friend’s favorite line is “If it’s for free, then it’s for me!” She and her husband are masters at working the timeshare circuit. Off they go to various timeshare resorts, listen to the earnest sales pitches and then say “We’re not interested, can we have our free gift now?”

So, I did a little informal research with some clients. I asked if they’d be willing to take on a candidate who offered to work for them for six months for free? And if they would take on a “free employee,” would it enhance that candidate’s likelihood of a subsequent job offer? And if it wouldn’t advance the candidate’s options at the firm by working for free, would the employer feel bad about violating the theoretical “moral contract” that is implicit in having someone work for free? What I heard was interesting and surprising.

As for the base question, more employers said “No” than “Yes.” Those who said “No” gave reasons from thinking that they were the “employer of last resort” to concerns about internal morale from such a hire to issues surrounding the “moral contract.”

Those firms frequently stated that they did not believe these “free” workers would be of the highest caliber in the market (“you get what you pay for”) and they believed that, in most instances, the workers would soon begin (in subtle or overt ways) to wrangle for compensation or guarantees about a permanent, paying role.

Of the firms who were willing to consider taking on a “free” employee for six months, all said that they would not compromise their standards – meaning it would only work if you’re already qualified for the job, not to get the skills you need to get a job. That being said, most thought that junior professionals (those coming out of college) were less of a risk, but that the more mature or experienced the candidate was, the brighter the red flag it raised that they would be willing to work for free. Some thought it was an acceptable way to help young people get an edge in a competitive market and was a low cost, risk free way to test the fit on a project by project or short term basis, especially where deal flow was choppy and budgets were tight.

Among firms willing to take on a “free” employee, almost none of them felt that it would oblige them to hire that candidate full time or to give that candidate preference in a subsequent hiring decision. Some said that they would give the candidate consideration, most said that they would make it absolutely clear to the candidate that future employment was neither likely nor guaranteed.  When asked whether they thought candidates would still think that it gave them preference, almost all agreed that they thought candidates would disregard the warning anyway and be unrealistically optimistic that something would come of their “free” work.

More surprising to me were the number of firms I spoke to who said they would jump at the chance to take advantage of the market and get something for nothing. One went so far as to tell me that he knew there were plenty of desperate people out there and why shouldn’t he get to profit from their situation and even be able to string them along beyond the initial six month period. These people made no bones about the fact that they would never convert these “free” workers to “paid” employees, but hedged on whether they would be so direct with the workers themselves – they frequently said they would couch it in “let’s wait and see” terms to maximize the amount of work they could get from these “free” workers.

It made me think of when my uncle had the Kirby vacuum guy clean the carpets before he would listen to the sales pitch and then hawked the guy to make sure he didn’t do a sloppy job, all the time knowing he wasn’t going to buy the vacuum. Sure it was part of the deal that was offered, but sucks if you’re the salesman wasting all that time cleaning someone’s dirty carpet, hoping against hope that you’ll make the sale this time.

Then I asked some candidates whether they would ever consider working for six months for free and, if so, what was behind their decision. Most candidates told me “No.” The vast majority said that they couldn’t afford to do it. Those who said “No” frequently felt that it devalued their work, that they couldn’t trust firms who took “free” workers to convert them to full time paid employees and that they would expect to have the least valuable work shifted to them so that they wouldn’t likely be respected by peers within the firm and paid fairly later if they were flipped to a permanent hire.

There were candidates who said “Yes” they would gladly work for a firm for free and there were others who said “It depends”. In almost all of the instances where a candidate said they would be willing to work for free, they said that they expected it would give them a leg up on hiring in the firm (even if the firm told them up front there was no guarantee for employment). They routinely told me that once they got to “show their stuff” they were confident the employer would keep them and, in many instances, move them to a better role or comp package than existing employees because they had shown this willingness to be a team player and work for free.

So, what is the right answer? I’d say It Depends. Here are some guidelines for Candidates and Employers considering the “Free” work trade.

To Thine Own Self Be True

Candidate: Would you really work for free if you knew there was absolutely no chance of a job at this firm? If your answer is no, then admit to yourself that you’re hoping like hell that the employer’s not just the guy looking to take advantage of desperate people. Be honest with yourself because you’re likely to exert pressure on this firm when you don’t mean to and it could backfire. Maybe you’d be better off doing real volunteer work with a charitable organization that would appreciate your “free” labors and not leave you resentful.

Candidate: Do you have the skills to succeed in this “free” role you’re pitching for or are you hoping to develop the rudimentary skills to pitch yourself to another employer based on six months with this one? A six month period generally does not enhance your marketability or make up for a dearth of prior experience. How will you explain to a prospective employer your choice of the firm you worked for free for? Are you hoping to leverage this experience with contacts from these new co-workers or to add a “brand name” to your resume? What is the lost opportunity cost – while you’re working, your ability to continue your job search will be limited.

Employer: Are you willing to promote this Candidate to your competitors after the free period is up if you don’t have a position for them? Can they list you on their resume as an employer or will they have to bullet your firm under a consulting period instead? Will you make this Candidate sign a non-compete? If the access the Candidate is looking for by way of introductions following this free period is a myth, make it clear up front.

Apply the Fairness Doctrine: The work we each perform in our lives has tremendous value. Not all of that value is monetary. I regularly counsel candidates and clients that compensation is the least important piece of any puzzle. I honestly believe that. Free work can create tremendous good karma in the world as can treating other people with the fairness and respect they deserve.  Whether you are considering offering your work for free, or taking on a free worker, be clear about your intentions, your expectations and the “fairness” of your actions. Remember, what goes around, comes around, and you are creating your future right now. Fairness never goes out of style and it applies every time.

Denise Palmieri is Director of Client Relations for Pinnacle Group International, a recruiting firm specializing in investment professionals in the alternative asset community. Email her at dpalmieri@pinnaclegroup.com