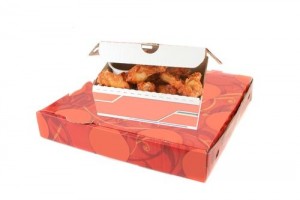 Spectrum Equity has made it official. The growth equity firm is looking to raise $800 million with its seventh fund, according to a source and an SEC filing.

Spectrum’s seventh fund is coming in larger than its prior pool. Spectrum Equity Investors VI LP collected $680 million in 2010 while the fifth pool, in 2005, closed at $1.2 billion. Fund VI is generating an IRR since inception of 5.93 percent as of Sept. 30, according to the California State Teachers’ Retirement System. The fifth pool is producing a 17.10 percent IRR since inception, CalSTRS said.

The firm is expected to do well in fundraising. “[Spectrum’s] 2006 fund performed very well and their 2010 fund is doing OK,” one placement source said.

With offices in Boston and Menlo Park, California, Spectrum Equity targets rapidly growing firms that are already profitable. Investments, which range in size from $25 million to $100 million of equity per deal, can be for either majority or minority stakes. Spectrum focuses on three sectors: Internet/digital media, software and information services, as well as traditional media and communication.

Spectrum’s fundraising comes just months after the successful IPO of GrubHub. The online food company raised $192.5 million when it went public in April. GrubHub shares surged as much as 50 percent during their first day of trading. Spectrum acquired a minority stake in GrubHub rival Seamless in 2011 for $50 million, peHUB has reported, before Seamless merged with GrubHub in 2013. The investment came from Spectrum’s sixth fund, according to SEC filings.

Before the IPO, Spectrum was GrubHub’s largest shareholder, owning 12 percent, regulatory filings said. The growth firm saw its ownership slide to about 10 percent after the offering. Spectrum, which sold a nominal amount of roughly 1.34 million shares in the IPO, has yet to sell any more GrubHub stock.

Other investments include SurveyMonkey, WeddingWire and BATS Global. In 2012, Spectrum also sold Ancestry.com to Permira Advisers for $1.6 billion. Spectrum made about 7x its money with the Ancestry.com sale, peHUB has reported.