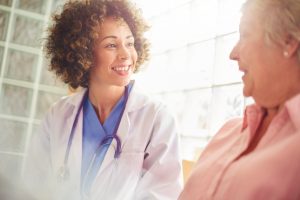 Especially in an election year, people start the year eager to do deals, I’ve been told. The last few weeks I’ve discussed brewing activity across everything from physical therapy and pharma services to healthcare IT.

Another “hot” healthcare vertical to keep tabs on? Primary care. “Taking risk in primary care is a sector that all the [healthcare] PE firms are very interested in,” one source opined.

“Primary care [providers] are the quarterbacks of care,” another source said. “If you don’t know what ails you, that’s the first stop of the train … Being at the front lines of the clinical pathway of patients is a really powerful place to be.”

One that has already created significant noise in the market is Cano Health, a rapidly growing provider of at-risk primary care to seniors throughout Florida.

Its anticipated sale process comes about three years after InTandem Capital Partners formed the Cano Health brand through the simultaneous merger and acquisitions of two clinics. Fueled by an aggressive M&A and organic growth playbook, the company has grown to 35 clinics today, producing three-year revenue growth of 14,000 percent, Inc. magazine said in August.

For financial info and more on why a fast growth profile could make valuing the Miami-based group a difficult task, check out my story.

So why invest in primary care when every day there’s a new “ology” in healthcare to talk about?

To start, the primary care industry is evolving as it continues to see the development of new innovative models. The recent success of differentiated players looking to disrupt the market is only sparking more interest, sources say.

Of course, it’s important to note that One Medical operates a much different model than Cano. It’s membership-based model is tailored to young, healthy patients, as opposed to the Medicare Advantage population in which Cano and a handful of others focus.
Those that are in the same camp as One Medical include TA Associate’s InHealth MD Alliance, which similarly operates a MA-focused primary care group in the Central Florida region.

These medical groups are deemed attractive in part because the reimbursement trends for Medicare Advantage have been so positive. With the added feature of M&A, growth ought to be in the mid-to-high teens if you’re operating in the Florida market, one source said.
At the same time, at-risk care models don’t persist that many places. Even within Florida, there’s more white space in the Central Florida region which Cano and IMA operate, versus South Florida, one source noted.

In other parts of the country, Boston’s Iora Health just a few days ago announced a $126 million investment in its latest round of financing. There’s also General Atlantic’s Oak Street Health out of Chicago, while Chicago Pacific Founders backs P3 Health Partners of Nevada as well as Florida-based MyCare Medical.

Approaches also vary. Medical groups like Iora partner with a single plan in a single market. Others, like Oak HC/FT’s VillageMD and Privia, which is backed by Goldman Sachs’ Merchant Banking Division and Pamplona Capital, are multi-product, multi-payer primary-care physician groups.

What’s the big picture?
Each has a different spin or approach, however: “Every one of these groups is all about taking care of Medicare Advantage members,” one source told me this week. “That is at the heart of what they do.”

“At the end of the day, what these folks are trying to do is take risk on,” another source said. Under a capitated or risk-bearing model, doctors take on risk for the services they provide. “If a provider can manage that population with data and a nice care model,” it creates a cost-containment model for the whole healthcare system in which payers, providers and patiens all benefit, the person explained.

While the buzz around such differentiated approaches to primary care is unspoken, there are also risks.
“There’s lots of capital and interest in primary care for all the right reasons,” one source commented this week. However, “nobody’s proven that you can complete a rapid succession of acquisitions and integration and still perform well.”

Top Scoops
On the move: After about two decades at CCMP Capital, Ryan Anderson left the private equity firm as a senior member of the healthcare team, sources told me. I’m still trying to determine where the longtime healthcare investor is headed next. If you’ve heard, or know of any other big people moves, give me a shout.