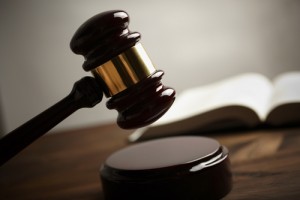 SAN FRANCISCO, Sept 16 (Reuters) – The patent wars that have embroiled many of the world’s technology giants in recent years are spreading to a new set of combatants: start-up companies and their venture-capital backers.

A group familiar to many larger technology companies is instigating the battles: non-performing entities, or NPEs, who acquire patents or serve as agents for inventors. Paradoxically, they often represent start-up friendly institutions such as universities.

They are disparagingly referred to as “patent trolls” in Silicon Valley, and are increasingly going after entrepreneurs and their investors, claiming patent infringement.

The unflattering nickname arose due to their habit of suddenly demanding licensing fees from unsuspecting businesses, much like mythical trolls that lie in wait under bridges to extract tolls from travelers.

Long focused on large corporations because of their deep pockets, the NPEs now seem to have an eye on start-ups that are not as established but who have raised large amounts of money and often have substantial revenue.

But some start-ups and their investors are putting up a fight, rather than quickly paying up.

Venture capitalists such as George Zachary of Charles River Ventures and David Cowan of Bessemer Venture Partners say that all of their larger, more successful companies have been hit with one or more legal notices over alleged patent infringement.

The mounting legal risk for start-up companies is fanning an already heated debate about whether the patent system has evolved in a way that threatens rather than supports innovation. Some VCs argue that software products in particular should not be afforded patent protection at all.

But there is little prospect of an overhaul of the patent system anytime soon, and thus start-ups are now faced with patent-related decisions that could make or break their companies.

Travel site Hipmunk received an infringement claim from i2z Technology LLC in June, just after it announced $15 million in new funding. Rather than negotiate or wait for a lawsuit, it brought a case against i2z in July.

“It was very clear to us that this was a totally bogus claim,” says Adam Goldstein, chief executive of Hipmunk.

The patent at issue was created by Brigham Young University professors and is now owned by i2z. In his June letter to Hipmunk, i2z President Rakesh Ramde noted that several large companies, including Microsoft, had already licensed the patent. Ramde did not respond to a request for comment.

While patent holders sometimes seek millions in compensation for a patent on a particularly valuable technology, intellectual property lawyers say a typical licensing fee might run $100,000 to $750,000. At those prices, many companies that have faced patent infringement charges traditionally were quick to pay.
But some entrepreneurs, especially idealistic founders who might be leading their first start-up, say they hate the idea of helping legitimize a patent they do not agree with, stoking their fire to take on the patent holder.

“There probably is a growing tendency of young companies to defend these cases,” says Robert Taylor, a lawyer at Arnold & Porter, who says he feels misgivings over the trend. “For a small company, particularly one needing infusions of capital in order to grow, I’m not sure I would agree it’s a sound strategy to fight every patent case that comes down the pike.”

Taking a patent case all the way through trial could cost $2 million or more and take two to three years, Taylor says — money and time the start-up is arguably better off spending on its product and growth.

But giving in too easily could help spur future claims, both against the start-up, and other related businesses, entrepreneurs say. The arguments on how to react, and how best to fix the patent system, can grow heated.

“Patents are like this radioactive word in Silicon Valley,” says Zachary of Charles River Ventures. “It’s a complicated topic. It brings on this level of fervor.”

CONTRIBUTION TO THE WORLD

For inventors, many of who cannot afford to turn their ideas into products, the situation seems more straightforward.

“All my clients view their inventions as a contribution to the world,” said Chris Banys, a lawyer for Titanide, a Longview, Texas-based company that specializes in cloud-computing patents and has sued defendants ranging from Google to IBM . Companies active in asserting patents also include Intellectual Ventures and Acacia.

Many venture capitalists complain about patents. But at the same time, they encourage their companies to amass them, in part to return fire if they find themselves on the receiving end of a patent-infringement notice. That works best if the notice comes from another technology company rather than an NPE because NPEs do not make products and thus cannot violate others’ patents.

Venture capitalists often advise their companies to just sit tight when they first receive a patent infringement claim. It’s inexpensive to send an initial infringement notice, and sometimes the patent owners may just be seeing if they can get some easy cash.

“They’re kind of like the Nigerian guy who wants to borrow money,” says O’Malley, referring to a common category of spam email. “They’re just hoping someone bites.”

Fighting a patent claim can carry big risks. In the worst-case scenario, a company can be slapped with an injunction barring the sale of its products, as what happened to Samsung in its multi-front patent war with Apple.

In one famous case, BlackBerry smartphone maker Research in Motion was forced to settle with patent holding company NTP for $612.5 million, far more than it would likely have cost RIM to license NTP’s wireless-email technology. NTP had won an injunction that would have shut down the BlackBerry system; it was stayed pending appeal, but the mortal danger to RIM was clear.

Komisar is an investor in a company called RPX, which seeks to protect companies against patent demands by buying or licensing large numbers of patents and giving its 120 member companies the right to use them. RPX is controversial in part because non-member companies are still vulnerable to litigation on those patents by third parties.

Bessemer’s Cowan used to evaluate each patent claim and decide whether to fight or pay up. But a year ago, he decided to fight in every case that escalated beyond initial notices. That is in part so his companies will not get reputations as easy targets.

As is typical in patent fights, he also simultaneously seeks to invalidate the holder’s patent as an additional deterrent.

Some venture capitalists fear that the verdict in the Apple case, which validated patents for seemingly basic ideas such as a phone’s flat black surface, might inspire NPEs to file more infringement notices. But they say the cases might not play out the way the NPEs hope.

“I don’t think they should confuse this verdict for an endorsement of their business model,” says David Hornik of August Capital. “I think that Apple won in large part because a jury related to the company as inventors and innovators. The same will not hold true of an NPE.”