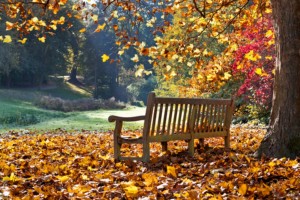 As America awaits the upcoming runoff elections in Georgia that will determine who holds the Senate majority, Steven Taslitz, chairman and co-founder of Sterling Partners, sat down virtually with PE Hub’s Karishma Vanjani to discuss how the outcome could impact private equity players and their investments in different sectors. Here’s a quick preview:

Biden’s proposed plans include raising the capital-gains taxation rate. How does private equity view this?

No one thinks that a Republican controlled Senate is going to approve the capital gains rates going away. And then there’s plenty of people who think that there is an almost zero-percent chance that long term capital gains will go away even if the Democrats were to win both seats in Georgia, and therefore a 50-50 Senate. They [Democrats] wouldn’t want to risk doing a lot of drastic things where they could all of a sudden lose maybe the House and the Senate, two years into his [Biden’s] presidency. So no matter what happens with this runoff election in Georgia, you’re probably not going to see a lot of drastic tax or policy change.

Drama: Scooter Braun’s Ithaca Holdings has sold the rights to Taylor Swift’s master recordings to Shamrock Holdings, and the musician is deeply unhappy about it, the New York Times writes. Based on a letter Swift posted on social media, her music had been sold without her knowledge. Shamrock paid more than $300 million for Swift’s catalog, a person briefed on the deal told NYT.

Rising competition: Approximately 70 percent of respondents in a recent DealCloud survey said that new platform M&A will be in focus in the next six months. That said, the number one concern for the PE community is the irrational prices and increased competition, the survey finds. Read Milana Vinn’s report.