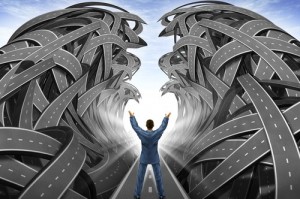 Toronto-based Livingston International Inc., a specialist in customs brokerage and trade compliance, has appointed Steven C. Preston as its new CEO. He replaces Peter Luit, who remains a Livingston board member. Preston was previously CEO of Oakleaf Global Holdings and, subsequently, CFO and vice president of Waste Management, which acquired Oakleaf in 2011. Livingston was taken private for $324 million by Canada Pension Plan Investment Board and U.S. private equity firm Sterling Partners in 2010.

TORONTO, Aug. 15, 2013 /CNW/ – Livingston International announced today the appointment of Steven C. Preston as the company’s new CEO, effective immediately. With an impressive track record as a leader of organizations undergoing significant growth and innovation, Preston will lead the next phase of the company’s evolution, building on the momentum achieved by Livingston’s management team under the leadership of Peter Luit.

Luit, who is retiring from Livingston’s day-to-day executive duties after 16 years at the helm, remains a significant shareholder and is retaining his seat on Livingston’s board, where he will continue to have a strong voice in the strategic direction of the company.

“Peter Luit has successfully led Livingston through a period of sustained growth, with a focus on clients, employees and technology. He led numerous strategic initiatives, including the acquisition of Livingston’s largest direct competitor, entry into new geographic markets, expansion of our service offerings and transformational process improvements to serve our clients,” said John Clancey, chairman of Livingston International’s board of directors. “On behalf of the board and the company, I wish to thank Peter for his leadership, taking Livingston from a primarily Canadian customs brokerage firm to North America’s number one company focused on customs brokerage and trade compliance, with operations also in Europe and Asia. He is a strong proponent of the importance of building trusting relationships with clients and employees” continued Clancey, “and I believe that his legacy will live on under the leadership of his successor, Steve Preston.”

As CEO of Oakleaf Global Holdings from 2009 to 2011, Preston led significant improvements in customer satisfaction, expanded the company’s service offerings and introduced market-leading technologies. Oakleaf was acquired by Waste Management, where he served as executive vice president and CFO until 2012. As executive vice president of The ServiceMaster Company between 1997 and 2006, Preston led the company’s business transformation and strategy teams, after serving as CFO for seven years. He has also headed two major U.S. federal agencies, the U.S. Department of Housing and Urban Development from 2008 to 2009, and the U.S. Small Business Administration from 2006 to 2008. Preston currently sits on the boards of Habitat for Humanity and Wheaton College, and is a member of the Board of Visitors at Northwestern University’s Weinberg College of Arts and Sciences. He obtained his MBA from the University of Chicago and graduated with highest distinction from Northwestern University with a B.A. in political science.

“Steve is an accomplished executive with a strong background in every aspect of corporate finance, mergers and acquisitions, and strategic planning. He is experienced in designing forward-looking business strategies, building sustainable platforms for growth and launching transforming technologies,” said Clancey. “His experience, coupled with his ability to heighten employee engagement and drive a customer service culture focused on value, will be instrumental in taking Livingston to the next level as a world-class leader.”