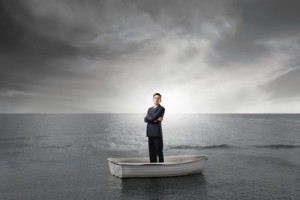 Sun Capital Partners has completed fundraising for its sixth pool after 18 months, according to two sources, one of whom is a limited partner.

Sun Capital Partners VI LP collected $2.1 billion, below its $3 billion target, the sources said. The fund, which had a $3.5 billion hard cap, held a final close on Monday, one of the sources said.

Boca Raton, Florida-based Sun Capital began marketing for Fund VI in the fall of 2012 and had hoped to wrap up marketing by that December. Fundraising, however, went slowly. The firm collected $1 billion for a first close in December 2012, and a second close in late 2013 added another $888 million, peHUB reported.

Active fundraising for the sixth pool actually ended in January but the fund was left open for latecomers, the source said.

The lowered total isn’t the first time the firm has cut expectations. In 2007, it collected $6 billion in commitments for its fifth fund. Sun Capital Partners V LP, after suffering some early losses, was reduced to $5 billion to accommodate LPs.

Sun Capital, which returned a record $1 billion to investors last year, has received its fair share of bad press. In 2012, Sun co-CEO Marc Leder hosted a fundraiser at his Florida home for Mitt Romney, who was then seeking the Republican presidential nomination. Romney said during the $50,000-a-plate dinner that almost half of Americans were Obama voters who saw themselves as “victims” and believed they were entitled to government aid. The Sun Capital exec has also been in the press for hosting scandalous parties.

Sources, however, did not pin Sun’s reduced expectations on negative press. Instead, they pointed to Sun’s portfolio and the performance of its funds. Due to the financial downturn, Fund V hit some major bumps including the bankruptcies of Friendly’s, Pace American and Mark IV Industries. (Pace and Mark IV are Fund V investments, while Friendly’s capital came from both Fund IV and Fund V.)

Sun’s first three pools were “extremely strong,” one placement agent said. The last two were “median performers” and “extremely volatile” during the financial crisis with a “high number of bankruptcies,” the source said.

Fund V is generating an 11.12 percent IRR as of Dec. 31, according to Bison, which tracks public performance data for private equity and venture capital funds. Sun’s fourth fund, which collected $1.5 billion in 2005, is posting a 6.28 percent IRR as of Sept. 30, Bison said.

Sun’s second fund closed at $200 million in 2001. It is unclear how much Sun raised with its debut pool, a pledge fund, in 1996. Performance data for Funds I and II were not available.

Fund V has produced its fair share of “screaming home runs.” In June, Sun Capital announced it was selling Emerald Performance Materials, making 9x its investment, Reuters reported. The firm said in April it was exiting Cornerstone Research & Development after two years, making nearly 10x its money. Sun sold Raybestos Powertrain to Monomoy Capital in 2012; the buyout shop made an 110x return on its investment. In 2008, Sun sold Timothy’s Coffee to a company then known as Green Mountain Coffee Roasters Inc, making 5.25x its money, peHUB has reported.

Bank of America Merrill Lynch and Global Investor Services LC acted as as placement agents for Fund VI, according to a regulatory filing.