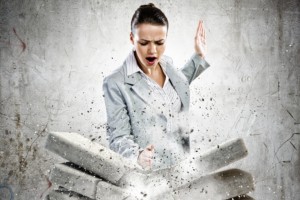 One of the big issues around finance these days, especially venture capital and to some extent, the private equity industry, is the frustrating lack of women in senior roles.

Earlier this year, Preqin found the average proportion of senior positions at private equity firms held by women in North America and Europe-based firms was 11 percent and 9.7 percent, respectively. For North America, this was an increase from 10.3 percent of senior roles in 2013.

Preqin concluded that, despite some improvement, female representation at the senior levels of private equity firms is “notably low.”

[contextly_sidebar id=”9N7MgUNvUzocLInkYVSeSkuUUqY2XrTM”]“Indeed, it is an issue that has been acknowledged by the industry and organizations across the world are actively working to push for change,” according to Preqin’s special report, published in March 2014.

While this (admittedly slow) progress is good news, the investors in private equity funds – the limited partners who provide the lifeblood of the industry – don’t believe the presence of women in senior roles has any affect on the kind of returns a firm produces.

However, three out of five respondents do believe private equity firms benefit from more gender diversity. The biggest benefits are with “team quality” and “team dynamics,” according to the survey.

“Around 40 percent of these LPs believe that GPs’ governance, investor relations and risk management are also positively affected,” the survey said.

If LPs believe the presence of more senior women doesn’t translate to better returns, it’s unlikely they will be pushing very hard for greater gender diversity among their best performing GPs. And without LP pressure, it can be tough to get GPs to change direction.

So the findings in Coller’s survey are somewhat distressing if you’re a person who wants to see more women in senior private equity roles.

“I am not sure that any one woman at any one firm would make a difference just because they are female,” said Lisa Suennen, managing partner at advisory firm Venture Valkyrie. “In the end, diversity matters and quality of individuals matters and when you get a harmonic convergence of diversity, intellect and creativity you can make the most of opportunity.

“But, considering that women make most buying decisions in a typical home and that GPs are investing across diverse sectors, it would seem to me that it couldn’t hurt to have some XX chromosomes in the mix,” she said. “I can’t tell you how many times I have heard men in investment meetings and board rooms describe how women purchase products, healthcare, etc., and get it flat out wrong.”

Private equity can seem like a tough place for issues like gender diversity to take hold. Robert Smith, head of Vista Equity Partners, told us in a past interview the biggest mistake women can make in their private equity careers is opting out.

“If you want to have children there are ways to make that work for you. But if you get out too soon you won’t have that chance,” Smith said.

“Understand this is not a place necessarily where work life balance is going to be rolling off of everybody’s tongue. It isn’t. Understand that’s the market. If you want to move in that business that’s what your life will be for a long time,” he said.