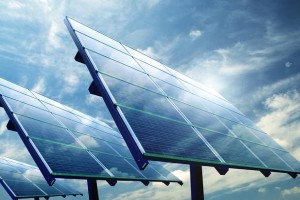 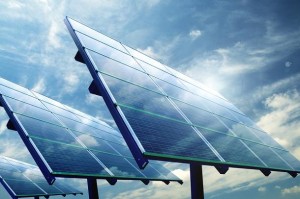 Sustainable Energy Technologies Ltd (TSX VENTURE:STG) (“Sustainable Energy” or the “Company”) is pleased to announce that Doughty Hanson Technology Ventures (“DHTV”) will invest $500,000 to enable the Company to accelerate production of its energy storage inverters for German solar battery systems. The inverters will be delivered under a previously announced multi-year deal with a leading European developer of solar battery systems (News Release dated February 19, 2013).

George Powlick, Managing Director of DHTV commented: “Sustainable Energy’s inverter is a natural fit for the energy storage market with distinct efficiency, cost and integration advantages that make it compelling. We believe this market presents a large opportunity for the Company and we continue to work with management to help make it a reality.”

Solar batteries enable homes and businesses to store solar power for use during peak demand periods reducing demands on the power grid and helping to create “smart grids” that can react to sudden power swings and free up stored energy when needed. Sustainable Energy’s energy storage inverters manage the connection of the battery to the power grid and to the homeowner, seamlessly transitioning from charging to discharging the batteries to optimize the use of the solar energy.

Germany and Italy will be explosive markets for residential storage; and expectations are for tens of thousands of systems to be installed in Germany alone this year with as many as 9,000 MW to be installed in Europe alone over the next 6 years according to industry experts. (See: Solar Batteries Could be Utilities Next Headache; Reuters, March 8 2013: http://news.yahoo.com/solar-batteries-could-utilities-next-101729309.html)

Depending on power ratings and the energy storage required up to 3 energy storage inverters are typically included in each solar battery system. Sustainable Energy is forecasting delivery of a minimum 10,000 inverters to Germany over the next 30 months with the potential for more than double that amount over the same period.

“We are very excited about our partnership in Europe and we have had engagement from multiple large players in this energy storage sector over the past 10 – 12 weeks for this and other applications. The investment by Doughty Hanson is strong validation of the significant value of our patented technology and the strategy we are executing.” commented Michael Carten CEO of the Company

The Convertible Debenture is unsecured, bears interest at 8% per annum, and is convertible into 50,000, $10, 8% First Preferred Shares (“Preferred Shares”) of Sustainable Energy. The Preferred Shares are themselves convertible into common shares of the Company at a price of $0.105 per share. The term of the Debenture is for a period of 6 months enabling the Company to secure longer term financing for its business. DHTV has a pre-emptive right to participate in up to $1 million of such a financing alongside outside investors and management, including the option of tendering the Convertible Debenture as payment.

As additional consideration the Company will issue detachable common share purchase warrants to acquire up to 4,750,000 common shares of the Company at an exercise price of $0.105. This financing remains subject to TSX Venture Exchange approval.

The Company also announced that the Company has issued $114,000 3% Secured Debentures to the CEO of the Company on terms identical to the previously announced (See News Release dated June 29, 2012) issue of 800,00 3% 5 yr Royalty Debentures. Subject to approval of the TSX Venture Exchange the Company will also issue 39,900 bonus shares at a nominal price of $0.50 per share.

Approximately 20MW of 1st and 2nd generation PARALEX inverters have been installed in 7 different countries.