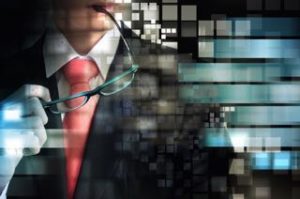 We’ve got news on some big people moves. SVB Leerink is on a hiring spree, with bankers from Citi, BofA and RBC soon set to join the healthcare-focused bank, PE Hub has learned. The bank is quickly building out everything from its sponsors coverage to its leveraged finance franchise.

The additions come on the heels of recent appointments of Barry Blake, Robert Minear and Thad Davis, among others. Blake, who joined SVP Leerink from Guggenheim Securities, was named Global Co-Head of Investment Banking alongside Dan Dubin, with a focus on growing its healthcare services and technology efforts – the latter vertical which the bank said in February it planned to enter in 2021.

Other senior bankers set to start at SVB Leerink in the coming months are Toby King and Robert Jackey, both of whom will join as managing directors from Citigroup, sources familiar with the matter told PE Hub.

Read Sarah’s report to find out who else is poised to join the bank.

Although Charles Fleischmann, partner at Trilantic agrees with long term requirement in infrastructure spend, the rationale for the deal according to him remained unmotivated by political outcomes.

RoadSafe, which generated north of $250 million in revenue last year, offers services to federal agencies, highway contractors, schools and more. Operating in 48 continental states with more than 1,600 employees, RoadSafe has made multiple add-on acquisitions to expand its footprint under the seller Orix Capital Partners.
Read the deep-dive on this deal on PE Hub.

M&A wrap up: Marc-Anthony Hourihan, Global Co-Head of M&A at UBS Capital, said that the M&A pipeline is expected to be especially robust in Q2 and Q3 across industries, with the exception of some real estate, leisure and energy businesses.

That’s all for me! Have a great rest of the week ahead, and as always, hit me up with your questions, comments or tips at karishma.v@peimedia.com!