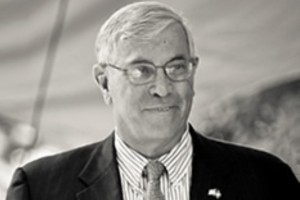 C. Kevin Landry, the former CEO and Chairman of TA Associates, has passed away.

Landry, who was 69, succumbed to complications from lung cancer, a spokesman says. He is survived by his wife of 46 years, Barrie, as well as his three children and nine grandchildren.

Landry spent his entire professional career at TA, according to a memorial on the firm’s web site. He became a TA general partner in 1972, a managing partner in 1982 and CEO in 1984. In 2007, he was named chairman and remained actively involved until his retirement in 2012. He served as a TA senior advisor until his death.

Landry was an early backer of companies including biotechnology firm Biogen (now Biogen Idec) and Continental Cablevision, the Boston Globe said. The executive often went against the tide, allowing TA partners to do Internet deals only briefly during the dot.com bubble, the story says.

Landry was considered a pioneer in the PE industry. He maintained a conservative investment culture at TA Associates, while other private-equity firms, such as Blackstone Group LP , have been criticized for using too much leverage in their takeovers, Reuters has reported. Landry was also a licensed pilot and would fly his own jet to meet prospective investment targets.

He was instrumental in TA’s evolution from a regional venture capital investor to a growth private equity firm, the firm’s memorial says. “Kevin embodied an ethos of doing the right thing for our investors. On several occasions, for example, he directed the firm to voluntarily make fee and other concessions to our limited partners because ‘it was the right thing to do,'” TA said.