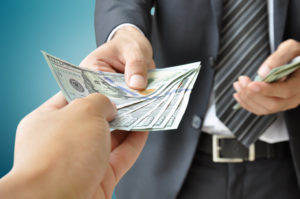 Talking with a lot of secondaries folks about how the year is wrapping up. While it seems GP-led deals like single-asset processes continue to flood the market, buyers have turned their attention to traditional LP portfolio sales, which are back in force after a slowdown.

There’s still a sense that sellers are bringing huge portfolios to the market if only to sell parts of it, or even simply to test pricing with the idea of pulling back the offering and waiting for a better opportunity. Pricing, though, is rich, with the average high bid for buyout funds at 96 percent of NAV in the first half. Read more here.

Buyers expect there will be more than a few GP-led deals that get hung up, fail or just take a much longer time to close because of the sheer volume in the market. The main problem is a lack of capital, and personnel, to execute all the opportunities.

Secondaries is expected to hit, for the first time, $100 billion in total transaction volume this year. The industry is only slowly catching up to that crush of deals.

What are you seeing? Hit me up at cwitkowsky@buyoutsinsider.com.

Emerging: TA Associates and True Wind Capital made a strategy growth investment in e-Emphasys Technologies, which provides software for dealers and rental companies in the equipment distribution industry.

True Wind recently closed its second fund on $817 million and has made investments in AIA Contract Documents, and Rover Group, a marketplace for pet services in the U.S. The firm, formed in 2015 by Adam Clammer and Jamie Greene, closed its debut fund in 2017 on $558 million. Read it here.

That’s it for me! Have a great hump day. Hit me up with your tips n’ gossip and Drama, feedback or book recs (I’m just finishing up The Rise and Fall of the Third Reich) at cwitkowsky@buyoutsinsider.com or over on LinkedIn.