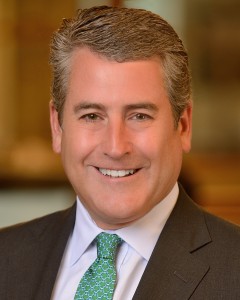 The vintage 2010 Energy Capital Partners II-A LP, the sophomore fund from Energy Capital Partners (ECP), rang up an IRR of 21.9 percent as of December 31, 2014, for the Los Angeles City Employees’ Retirement System. That’s just above the top-quartile threshold of 21.4 percent and the median of 12.7 percent, based on a review of pension fund data by Buyouts.

How did fundraising go in 2010 during the aftermath of the financial crisis?

We had a very high quality and diverse LP base from our previous fund, and so that certainly was helpful. Also, our focus within energy is not in the exploration and production sector. Most if not all other energy private equity funds are dominated by exposure to E&P and directly to commodity prices. Since we don’t participate in that sector, we filled a somewhat differentiated energy niche that many LPs were looking for.

How hard was it to raise a fund in the aftermath of the Global Financial Crisis?

The fund took about a year to raise. It’s never an easy process.

Any different mix of LPs compared to your debut fund?

We were able to diversify our LP base a fair amount with no one investor representing 10 percent of the fund. Thirty percent were non-U.S. and we had a very strong representation from endowments and foundations, including many colleges and universities. Our re-up rate was very high and we had nearly 400 LPs comprising the total. Given that a lot of LPs won’t invest in first-time funds, we were able to develop a broader LP universe that was willing to look at us for Fund II.

Sovereign wealth funds were a bit more active in 2010 than during our first fundraise in 2006, so we did have a higher proportion from that community. We don’t shy away from high net-worth individual investors, so we now have well over 100 individual investors and family offices comprising a very loyal sector of the LP universe for us.

Talk about some of your early investments in the fund.

Our first investment in power generation for Fund II was in 2010, when we bought a portfolio from British Gas. We were able to purchase that at a significant discount to its replacement value — about 30 cents on the dollar. We were also able to buy a power plant in Texas from a New Jersey utility [PSE&G] also at a significant discount to replacement value. Our thesis — that supply of generation would shrink and market fundamentals would tighten — played out pretty rapidly. Most acquisitions were made in the 2010-2012 timeframe and these performed nicely in 2013-2015 upon exit.

Were you a bit early spotting the trend of higher supply and lower prices for natural gas?

We have been investing in power generation since the late 1990s. We’ve seen a lot of cycles. It seemed to us that natural-gas power generation was going to significantly rise in market share relative to coal-fired and nuclear generation. The fracking [short for hydraulic fracturing] and horizontal drilling trend started taking hold in 2006 to 2009. It was very evident to us that the domestic production of natural gas would increase. That certainly was a theme that we were investing into. That turned out to accelerate in our favor as abundant natural gas supplies pushed natural gas prices down and made it very hard for many coal-fired and some nuclear power plants to compete.

How did your midstream investments do in Fund II?

We were targeting the same view that hydrocarbon production would increase, especially on the natural gas side, and that the volume of natural gas through pipelines would increase dramatically. We moved pretty early in midstream. We built Summit Midstream Partners by making about six acquisitions from 2009 through 2014. We started the company from scratch and now have 2,500 miles of operating pipeline assets. We took Summit Midstream Partners public and significant value has been created in the platform. [Summit debuted on the NYSE at $20 per share on September 28, 2012, and was trading for $18.22 per share on October 27.] We invested more than $1 billion of Fund II equity into Summit and supplemented it with … about 14 percent from co-investors.

Any other investments from Fund II that drove performance?

Another Fund II company is EnergySolutions. We’ve done a debt recapitalization and returned significant capital, but still own 100 percent of the business. The trend here is nuclear plant shutdowns. We have more than 100 nuclear power plants in the U.S. We still generate more nuclear power than any other country, but the plants are getting old — many more than 40 years old. The typical plant costs $1 billion to $3 billion to dismantle and decommission. We seek to capitalize on that activity. Overall, it’s been a good business for us. EnergySolutions has the largest low-level nuclear waste processing and disposal facilities in the country. The disposal facility is in Utah.

Including the Zion Nuclear Power Station in Illinois, there are about a half-dozen reactor shutdowns now in the works. Recently, the owner of the Pilgrim nuclear plant in Massachusetts announced plans for its shut down and signaled a similar decision could be imminent for the Fitzpatrick reactor in upstate New York. It seems to be an accelerating trend. While some tout nuclear power’s environmental benefits because reactors don’t emit any greenhouse gases, public support of nuclear power has waned since the Fukushima Daiichi accident in Japan in 2011. Also, very low natural gas prices make putting more money into older nuclear plants more challenging as natural-gas fired power generation is a very formidable competitor from a cost perspective.

It was dominated by investments in power generation as well as the midstream sector. From 2010 through 2013 we made multiple acquisitions in the power-generation sector. Nine deals, and eight of those platforms, have since been monetized. We’ve come full circle and have now realized full exits in all but one of our power plant investments.

Among our divestitures, we had a very large deal that closed this year. We sold EquiPower Resources Corp and Brayton Point Holding LLC to Dynegy Inc for approximately $3.5 billion. These sales generated a realized exit value in excess of 3x our equity investment. It was a very good outcome for us.

In addition, in 2013, we divested two other power plants and made a little over 2x our investment on these transactions.

So we’ve had significant, positive performance across our controlled power generation portfolio. The last remaining plant we hold in Fund II is another that will likely be sold before too long, with another good outcome.

We don’t seem to find as much competition in the power-generation sector as we do in other areas of energy. As a firm, we’re now 10 years old. I was at Goldman Sachs for 22 years before forming ECP so we have been investing in the power generation sector for a very long time. We’ve owned some 200 power plants in our combined investment history and we’ve yet to have a realized loss on a single power plant at ECP. It’s certainly a sector where we’ve enjoyed the investing dynamic.

Have you been happy with using the European waterfall even though it sometimes forces younger associates to wait years to get carried interest payments? (Before receiving carry distributions, the GP must return all contributed capital to date to investors, plus an 8 percent preferred return.)

We’ve used it on all of our funds, not because any investors required that we do so, but because we thought it was the right way to manage our firm. I like to use the term “long-term greedy,” [an expression coined by Goldman Sachs Senior Partner Gus Levy].

I very much like a firm with longer-term incentives. With a European waterfall, carry gets paid back at the end of the fund. I think this can contribute to helping to build a long-term and enduring culture and this remains a key aspect of our compensation philosophy. So far, we’ve returned more than $4 billion to LPs in Fund II and carry has yet to be paid. I think that’s good.

I want our people in it for the long run, because they love the firm and they love investing in energy, not because they’re trying to get a quick paycheck. I want people who are patient. They see the value accruing. Maybe that attracts a certain type of person that we’re looking for. We haven’t had any turnover as a result of compensation. We’re on our fourth fund now and our firm is very strong. People earn a competitive salary and work hard to hopefully earn an attractive long-term carry payout. Our vesting schedule is over seven years, so leaving early does not make a lot of economic sense.

How did Fund II contribute to the evolution of the firm?

We very much try to mute our exposure to volatile energy prices, an approach that continues to be a prudent one. You can’t eliminate commodity price exposures as an energy investor, but we have been well-served by doing our best to invest in the less volatile sectors of energy and by locking in energy price exposures when practical and economic to do so. The direction of oil and gas prices is a very uncertain science.

Fund II was a fund — more so than with Fund I — in which we were able to mute commodity exposures in our power generation and midstream investments. That’s an important lesson that will stick with us. With oil and gas prices being nearly impossible to predict, we have purposely decided to try to minimize these exposures as much as possible.

Other energy-focused firms with similar vintage funds perhaps have seen much more volatile performance measures. That’s probably attributable to much more exposure to oil and gas investments in the upstream sector. For us, we intend to remain highly focused in the power generation, midstream and related-service sectors.