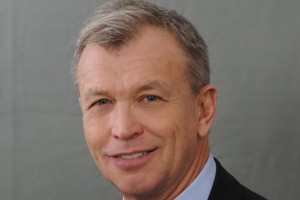 Audax Private Equity Fund  IV LP, the 2012 vintage buyout fund from Audax Group, logged an IRR of 20.68 percent for the Montana Retirement System through June 30, according to data from Cambridge Associates. That’s above the top-quartile threshold of 15.42 percent for that vintage, according to Cambridge.

Geoff Rehnert, co-chief executive officer of Audax, spoke by phone with Buyouts about the fund.

You raised Audax IV in the aftermath of the financial crisis. Was that a good time or a bad time for fundraising?

We raised the bulk of Fund IV in 2012. Everyone was still emerging from the Global Financial Crisis and there was a lot of uncertainty about private equity returns across the board. Almost everybody saw their portfolio under pressure during the downturn. Yet it was a successful fundraise for us and we wound up being oversubscribed. Our target was $1 billion and we closed at the hard cap of $1.25 billion. But it was a more complicated process because there was some compression in returns at that time relative to what people had seen previously from private equity. We were raising Fund IV on the track record of our vintage 2005 Fund II, and funds from 2005, 2006 and 2007 were difficult vintages for people to assess because of the crisis.

[Audax Private Equity Fund III, a 2007 vintage, generated a 14.4 percent IRR and a 1.8x investment multiple as of March 31, 2015, according to the California Public Employees’ Retirement System, which committed $125 million to the fund.]

Happily, when we started raising Fund IV at the end of 2011 the IRR was starting to move up, which gave people confidence that our strategy of buy-and-build was working. We were selling companies [from Fund II] as we were going into the Fund IV fundraising cycle and those companies were selling at higher valuations than what we had been carrying and marking them at. As Fund II increasingly distinguished itself, that’s what gave people a lot of confidence [to invest in Fund IV]. We sold nine or 10 Fund II companies over a nine-month period. All told, even though it was a challenging time, the fundraising for Fund IV was under a year, maybe 10 months.

Were there any particular deals that drove performance?

Our model is different. We have a larger fund and a larger organization relative to the size deals we do than others in the market. That’s fundamental to how we approach the business. If you look at Fund II, we had 28 platforms and we’ve done 270 add-on acquisitions. Fund IV is a continuation of that strategy. Today, we have 25 platform investments in Fund IV. A number of the early companies have done lots of add-on deals and that’s resulted in bigger companies. All of that together, rather than any one deal, is what drives performance.

So no exits yet from Fund IV?

We’ve done a number of dividend recaps. We have not yet formalized any sales for Fund IV. We have a couple of companies in a sales process, with closings imminent in the next month or two. They’ll be successful investments.

How do you define successful?

We want to be able to generate a 3x multiple on a gross basis. That is the target to which we underwrite. The companies we’re selling will generate returns in excess of that. If we average 3x gross return we’ll generate a 2.5x net multiple to LPs, which will make our investors happy.

We’ve got 25 companies and we’re starting to sell a few. We’ve taken a dividend out of six. We’re looking at a couple of other companies to recapitalize as well. In general, it’s a relatively new set of companies and we’re actively executing on our buy-and-build strategy to bulk them up with add-ons. At this point the fund is substantially invested. We have already done one investment out of Fund V. [The firm recently closed Audax V with $2.25 billion in commitments, exceeding its $1.75 billion target.] We may have one more platform in Fund IV and the balance will be kept as a reserve for add on deals.

Did you delve into any new sectors in Fund IV?

We’ve stayed focused on investing in the same types of businesses that we’ve invested in for the last 12 years. We do a lot of healthcare services and devices, distribution businesses, and industrial manufacturing. We’ve done some investing in the consumer enthusiast market, such as Rough Country, which sells lift kits for truck owners in the automotive after-market. In TMT [technology, media and telecommunications], we invest in what we call slow tech. Not low tech or disruptive growth tech, but businesses where there’s a good buy-and-build strategy in a relatively mature niche.

We’re looking for stable, mature businesses with a solid management team and where there’s an opportunity to build a strategic asset by doing a series of bolt-on or tuck-in deals. A bolt-on is a geographic expansion. A tuck-in is within an existing geography to give us greater density. This strategy often applies to distribution and service businesses.

Audax is known in the industry for its buy-and-build approach. What deals in Fund IV really nailed this strategy?

All the Fund IV companies have buy-and-build as a fundamental aspect of our investment strategy.  The central thesis in every investment — and this has been the case for the past eight years now — is buy and build. Our capability to do lots of add-on acquisitions is what differentiates us and is the way that we are able to generate attractive returns. This capability is typically why we’re selected [by sellers and management teams] in the transactions we wind up winning.

All the deals in Fund IV are representative of that strategy: WheelPros [a designer and marketer of branded aftermarket wheels], Curt Manufacturing [a maker of towing solutions and trailer accessories], and Vision Group Holdings [a provider of refractive eye surgery] are all examples.

What’s the largest number of add-ons you’ve done in general for a platform?

The most add-ons is TridentUSA Health Services, a provider of bedside diagnostics services, a Fund III deal. We’re up to about 50 at this point.

How did Audax IV contribute to the evolution of the firm?

It’s been a steady progression. We’re a little more than 16 years old as a firm. We have private equity in Boston and a private debt team with about 40 people in New York who are lending money to other middle-market and lower middle-market sponsors, both senior and mezzanine. Right now, I’m in our Menlo Park office [in California], which is a more recent initiative from a year and a half ago. Audax Private Equity Fund IV has been part of a logical progression for the organization.

When we raised Fund IV, we had seven managing directors in our private equity business. Today there are 14 MDs in private equity. There have been a series of promotions during the course of the life of Fund IV. We hire at the junior levels and promote from within. We have a large team of 65 investment professionals.

Fund IV was just plain vanilla with a basic 2 and 20. For Fund V, some LPs requested options so we decided to give LPs a choice. There’s now the 2 and 20 and then the 1 percent management fee and 30 percent carried interest rate option. We did it as an accommodation for our LPs. Investors appreciate having a choice.