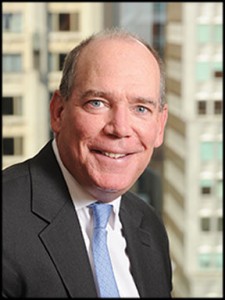 Could you talk about the fundraising environment at the time? It was the year that Lehman Brothers went bankrupt and the global financial crisis took hold…

We had just finished investing our first fund, which was a $2 billion fund, and started fundraising during the financial crisis, so it was a very difficult environment. We didn’t change our investment strategy from the first fund. We were actually quite pleased that we ended up raising approximately $1.8 billion.

What were your first investments from the fund?

We made an investment in the Marcellus shale—a terrific transaction—a joint venture with Carrizo Oil & Gas, a publicly traded company. We also bought Anthony International, which makes doors for refrigerated cases. We invested in Hi Crush Proppants, which is now a public master limited partnership, Hi-Crush Partners LP (units of the oil and gas fracking sand supplier have risen to more than $65 from $20 in about a year). And we invested in Nycomed, which is a company that we invested in at my former firm, DLJ Merchant Banking Partners (DLJMB). All of these investments have either been fully or partially realized. We’ve been able to return over $1.3 billion as of June, and we still have remaining value in those investments of north of $2.8 billion on total invested capital of $1.8 billion.

What about the benefit of your Hi-Crush deal, which has been up sharply in the public equity market? What other deals drove performance?

As of June 30, the fund is up dramatically. The Hi-Crush investment is valued at $1.25 billion on a cost basis of $61 million, or 20.7x, which represents an increase of over $500 million in value from the first quarter 2014 to the second quarter 2014. We anticipate that this investment alone could generate over $1.5 billion in total proceeds (and) our fund is a $1.8 billion fund. The rest of the fund has performed very nicely as well. Convatec is doing very well. We have it marked as of June at 2.2x our money, and it’s continuing to grow. We also have had very strong performance from a company called DataBank, which is a data center company, and from INC Research, a rapidly growing contract research organization. Our Fund II portfolio is doing very well overall, and we’d expect that ultimately the net Fund II IRR will be meaningfully higher than 25 percent.

How did you source the Hi-Crush deal?

We have offices in New York, Houston and London. Our two main areas of focus are health care and energy. My co-managing partner, Steve Webster, runs the Houston office, which is exclusively energy. Hi-Crush, like the majority of our deals, was sourced on a proprietary basis. It was a non-auction situation, developed through Steve’s relationships. He was my partner at DLJMB and also founded R&B Falcon Corp, which is one of the largest oilfield services companies.

How did the fund shape the evolution of the firm?

The fund was invested primarily in ’09, ’10 and ’11. We then raised Fund III, which we are in the process of investing. We expect the terrific performance of Fund II to help us when we raise Fund IV a year or so from now. (Fund III is about 70 percent invested.)

Are most other vintage 2008 funds also getting a big boost? Will Fund II maintain its edge?

I can’t speak to the performance of other firms, but based on the strength of the portfolio currently, I believe Avista will maintain its edge.