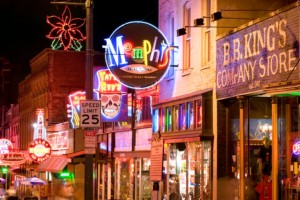 As the system searches for a replacement for Villere, Daniel Crews, a private equity analyst with Tennessee Consolidated, is running the program.

And he appears to be busy. The system revealed recently that it has closed out 2013 making more than $400 million in commitments to private equity and venture capital.
Tennessee committed $20 million each to OrbiMed Private Investments V and Drive Capital Fund I, and $75 million each to Olympus Growth Fund VI and AXA Secondary Fund VI, managed by Ardian.

OrbiMed closed its fifth fund, focusing on the healthcare industry, on $735 million in November. It’s not clear if Drive Capital has closed, but it had raised $181 million by the third quarter, according to the National Venture Capital Association and a filing with the U.S. Securities and Exchange Commission. Drive’s inaugural fund has been targeting $300 million, according to the SEC filing.

Olympus Growth Fund VI had been expected to close fundraising earlier this year on $2.5 billion, but it’s not clear if that vehicle has closed. Ardian has been targeting $7 billion for its sixth secondary fund.

The Tennessee system, which has $38.8 billion in assets, also committed $55 million to Merced Partners IV, managed by EBF & Associates; General Catalyst, which recently closed its seventh fund on about $675 million; $60 million to Trident VI, managed by Stone Point, which could be targeting up to $4 billion, peHUB reported previously; and, £40 million to Vitruvian Investment Partnership II, which held a final close on its hard cap of 1 billion pounds.

It’s been interesting to watch the development of Tennessee’s private equity program over time, especially as it launched just as the world was enmeshed in the worst financial crisis since the Great Depression.

Villere was able to get access to some big name managers in part because of LPs, amid the global downturn, were backing away from the asset class. Tennessee has room to add more names to its growing portfolio. The system expects to commit up to $500 million in 2014 to private equity managers, a spokesperson for the state’s Treasurer’s office told me recently. It’s target to private equity is 3 percent and as of December 31, 2013, the asset class represented just under 1 percent of the portfolio.