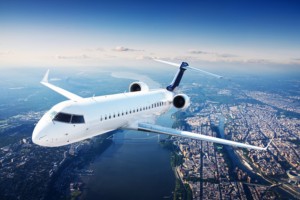 Awas, the aircraft leasing company owned by British private equity firm Terra Firma, is working on a break-up that could value the Dublin-based lessor at roughly $13 billion, according to people familiar with the matter.

Awas is in talks with potential bidders to sell a portfolio of about 100 newer aircraft that could fetch a sale price of roughly $5 billion, the people said on Tuesday, asking not to be named because the matter is not public.

Separately, the company plans to take public the remaining aircraft portfolio – consisted of older planes, the people said. An initial public offering could value the second portfolio of aircraft at around $8 billion, they added.

Awas has a portfolio of more than 300 aircraft that is on lease to over 100 airlines around the world, according to its website.

Bids for the portfolio of newer aircraft are due in late August, people familiar with the matter said, adding the process was in early stages and any deal would take time to materialize.

Representatives for Terra Firma and Awas were not immediately available for comment.

Terra Firma bought Awas from Morgan Stanley in 2006 for $2.5 billion and a year later acquired rival Pegasus for $5.2 billion, merging the groups to create the world’s third-largest plane lessor.

The combination made Awas a much larger force in the market, which has boomed in the last year or so as airlines look to build fleets quickly to meet resurgent travel demand.

Aircraft leasing firms dwarf airlines in terms of fleet size and are the biggest and most important customers for plane makers like Boeing Co and Airbus.

Aviation assets have begun attracting the interest of longer-term investors such as insurers and pension funds hungry for better returns while interest rates remain low.

For Terra Firma, which is run by British financier Guy Hands, Awas is one of its largest investments. CPPIB, the Canada Pension Plan Investment Board, also owns a significant minority stake.