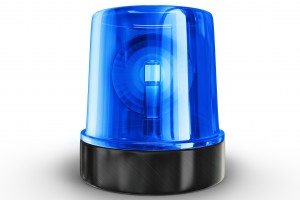 Shamoil Shipchandler, recently named regional director of the Securities and Exchange Commission based in Texas, has an interesting philosophy when it comes to how GPs treat LPs:

“We’re not here to protect you from bad decisions, but we’re here to make sure you had the right information to make that decision,” he said. Individuals and big LPs are free to make wise or foolish moves with their money, but the SEC wants to ensure they’ve been properly briefed about potential pitfalls, he said.

If a private firm is “double dipping” by charging a commission on a transaction after already taking a fee, a clear explanation should lay out why the firm is doing it and how it’s disclosed to their investors.

“I’m not gonna say every example [of double dipping] is wrong,” he said. “You have to have a common sense answer.”

Shipchandler was named to his post in October. He will oversee about 80 to 120 examinations a year, including publicly listed companies as well as private equity firms.

Asked about how he approaches his job after taking up his post in October, Shipchandler said he thinks of the instructions by judges to juries to decide a case based on plain reasoning, while weighing all the evidence.

“Everything I do comes down to, what is the common sense baseline?” Shipchandler said at his keynote address at the PartnerConnect Southwest 2015 conference December 2 in Dallas. “Are you subordinating your clients’ interests? Are you making decisions that make you money and how does it affect the clients you have?”

Private equity firms should put themselves in the jury box when mulling how to share fees, expenses on funds and how they communicate with their limited partners, he said.

His office helps focus on national priorities of the SEC including marketing of investments to senior citizens and cyber security. The SEC also generates leads for presence exams through its proprietary risk-based analytics platforms that crunch data from trades in securities and other products.

Prior to his current job, Shipchandler worked in Dallas as a partner at Bracewell & Giuliani with a focus on white collar defense. He also spent nearly 10 years as a federal prosecutor in the U.S. Attorney’s Office for the Eastern District of Texas. He oversees the SEC’s Fort Worth, Texas regional office, heading up enforcement and examination activities in Texas, Oklahoma and Arkansas, along with enforcement actions in Kansas.