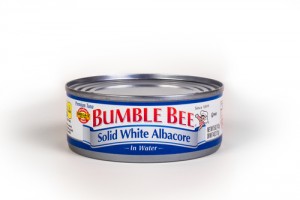 The purchase will give Thai Union control of some of North America’s most well-known seafood lines – including two of the three biggest canned tuna brands in the United States – in its quest to reach revenue of $8 billion by 2020.

“The deal is the largest acquisition in the history of our company and one of the most exciting external growth propositions,” Thai Union President and Chief Executive Thiraphong Chansiri told reporters on Friday.

The deal marks the latest instance of consolidation in a global seafood industry that analysts say has been in flux over the past few years, as companies change the way they manage supplies and costs to better cater to shifting consumer demand.

The transaction is likely to be completed in the second half of next year, subject to approval from U.S. antimonopoly authorities, said Thai Union, whose clients include Wal-Mart Stores Inc and Costco Wholesale Corp.

Thiraphong, whose company has operated in the U.S. for over 17 years, said he expected a “positive response” from the authorities.

But Thai Union may have to sell U.S. assets to win antitrust approval, said a person familiar with the transaction, who asked not to be identified because of sensitivity of the deal.

Thai Union’s Chicken of the Sea is the third-biggest tuna brand in the U.S. behind Bumble Bee. The top brand, Starkist, is owned by South Korea’s Dongwon Industries Co Ltd.

CASH CALL
Bumble Bee is the largest canned tuna and sardine producer in North America, with brands including Brunswick and Sweet Sue. It is owned by pan-Atlantic private equity firm Lion Capital, which bought the seafood maker from another private equity firm for $980 million in 2010.

It has annual sales of about $1 billion and estimated EBITDA of $145 million for 2014. Its purchase should boost Thai Union’s sales next year to $5 billion from $4 billion, Thiraphong said.

Thai Union is open about its funding options to bring down its debt-to-equity ratio, which will rise after the Bumble Bee purchase to 2.0 times, or double the company’s target, Thiraphong said.

But the acquisition should boost Thai Union’s 15 percent to 17 percent gross margin, Thirapong said, as Bumble Bee’s margin is more than 20 percent.

Shares of Thai Union closed down 3.5 percent after Friday’s Bumble Bee announcement compared with a 0.2 percent decline in the benchmark index.

YOUNG PRESIDENT
Thiraphong, 49, is the eldest son of Thai Union co-founder and chairman Kraison Chansiri, and took over as president when he was 30.

Kraisorn was born in Guangdong province, China, and started the business 37 years ago with a tuna cannery in the Thai province of Samut Sakhon, southeast of Bangkok. Tuna now makes up 47 percent of sales, with shrimp 24 percent and the rest from sardines, salmon, pet food and other products.

As well as Thailand and the U.S., Thai Union has been active in Europe since the 2010 purchase of MW Brand PLC.

For its latest acquisition, Thai Union has hired UBS as adviser while Bumble Bee is being advised by Morgan Stanley and Rothschild.

Thai Union is financing the purchase with the help of a one-year bridge loan from Bangkok Bank and Siam Commercial Bank, executives from the two banks said.