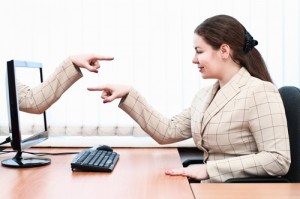 Kitchener, Ontario-based Thalmic Labs Inc., a developer of gesture control and wearable technology, has closed a $14.5 million Series A financing round led by U.S. venture capital firms Spark Capital and Intel Capital. Other deal participants included Formation 8, First Round Capital and FundersClub. The funding will be used by the startup company to fuel growth and further advance its flagship product MYO and other technologies.

WATERLOO, ONTARIO – May 29, 2013 – Thalmic Labs, makers of the revolutionary wearable gesture control device MYO, today announced the closing of a $14.5 million Series A financing round led by Spark Capital and Intel Capital.

“The funding will be used to fuel continued growth, further product development of MYO, and develop future products and technologies,” said Stephen Lake, CEO and co-founder of Thalmic Labs. “This new investment will help us realize our vision of a new era of computing, where the lines between humans and digital technology become increasingly blurred.”

Since announcing MYO, Thalmic Labs has seen rapid traction from technology enthusiasts around the world – in less than three months, preorders have been received for over 30,000 units from customers in 138 countries. MYO allows users to control computers, smartphones and other digital devices with simple hand gestures.

“We are at the beginning of a revolution in how we interface with computers, and the team at Thalmic Labs has made some truly disruptive breakthroughs,” said Nabeel Hyatt of Spark Capital, who will be joining the Thalmic Labs board of directors with this financing. “We’re excited not just for what they are building, but to see the new ecosystem of wearable computing that they are going to help push forward.”

As part of the investment from Intel Capital, Thalmic Labs will gain access to Intel’s manufacturing and technology expertise to help the company scale production and enhance next generation products. “User interfaces continue to evolve and make digital computing devices more invaluable in our day-to-day lives,” said Arvind Sodhani, president of Intel Capital and Intel executive vice president. “Thalmic Labs, with its new innovation in gesture and wearable technology, is making possible entirely new capabilities and consumer experiences on ultrabooks and tablets.”

Prior to this financing, Lake and his co-founders, University of Waterloo classmates Aaron Grant and Matthew Bailey, had previously announced $1 million in seed funding raised in 2012. This Series A funding of $14.5 million is the largest round of funding that any post-Y Combinator company has received to date.

MYO is available for pre-order at http://www.thalmic.com/myo for $149.00. Thalmic Labs started taking pre-orders for MYO in February 2013 with the launch of this video, which has received over 2.5 million views to date.