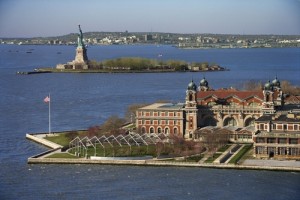 We need to retain brain capital in the U.S. as the foreign nationals who exit our universities with graduate degrees are currently not allowed to stay. Entrepreneurs return home and end up competing with American companies – removing potential jobs that should be kept in the U.S.

Foreign Harvard graduates who partner with peer entrepreneurs are 21% more likely to see their startups exit versus 15% of graduates without a graduate school partner.

This statistic suggests something of the value of both collaboration and of the intellectual capital and drive international postgraduate students bring to our economy. Encouraging foreign postgraduate entrepreneurs to stay in the U.S. and build businesses here is a hot topic at the moment because we are facing the start of negotiations in both houses in January around a comprehensive immigration bill that President Barack Obama is seeking.

Several reforms to immigration law have been proposed in the last four years. The Startup Visa proposal by Senator John Kerry looked to allow investments of $250,000 by VCs to allow foreign nationals temporary green card visas to stay and build startups in the U.S. These were intended to turn into permanent visas after the startups show at least five full time employed U.S. jobs were created within two years. However, since Senators Kerry and Lugar are both out of the Senate for next term, there’s no stand alone startup visa bill — it is the view of key immigration reform leader, Craig Montuori, that “the Kerry-Lugar Startup Visa Act will almost certainly not be reintroduced in the Senate in 2013.”

Another bill proposed by Sen. Jerry Moran (R-KS) and Sen. Mark Warner (D-VA) is the Startup Act 2.0 and it may yet form the final blueprint for change (see summary at end of article). Indeed, Craig Montuori terms the Moran/Warner plan, “the primary bill for startup visa supporters.” The STEM green card program is another program getting a lot of attention. It allows Ph.D. level foreign nationals studying engineering in the U.S. to get temporary visas to stay. The message is clear – immigrants are eager to contribute to our economy. Foreigners and the brightest of those abroad want our opportunities and these bills to be discussed this winter will allow the investor and VC community to gain access to these highly motivated entrepreneurs who want to stay in the U.S. after their postgraduate work is finished.

The Commerce Department’s goal is also to attract startups and brain capital from abroad to the U.S. as well as foreign investments into the U.S. The Startup Visa would accomplish both.

In his Ph.D. on entrepreneurial success, Hoan Lee at Harvard Business School found that graduate level entrepreneurs that partner up with peer colleagues from graduate school have a 21% likelihood of an IPO exit compared with those that do not (15%). Lee also found that, “Being socially connected to peer venture capital firms and private equity seeking startups leads to more deal flow, larger asset under management and better performance in the inaugural funds of HBS-executive run venture capital firms.” This study was not exclusive to foreign students, but it does make clear the centrality of pairing up potential entrepreneurs with other entrepreneurs and venture capital sources – of social networks – to achieve business success.

Stories of bright and brilliant startups that created U.S. jobs (or have the potential to create U.S. employment) but which are lead by foreign nationals who cannot enter the U.S. or who are facing deportation were frequent last year. Ankush Aggarwal is one example of an entrepreneur the U.S. has not retained – even though he is open to holding a U.S. visa to accelerate the growth of his businesses. Aggarwal received his MBA in International Business from Pepperdine University in Malibu, California, lives in Chandigarh, India and regularly visits the U.S. on a business visa. His two internet sites, www.spicylegs.com and www.partybell.com, feature products sourced from the U.S., and almost all his customers are in the US (95%). His company, Northern Planet LLC, has 25 employees in India and one part-time worker in the U.S.

Another excluded entrepreneur is Asaf Darash, an Israeli whose U.S. software company, Regpack, is growing rapidly. Regpack employs 19 Americans and raised $1.5 million in financing. Born in Israel, raised in Australia and now seeking to live in San Francisco, Darash used his Fulbright scholarship to spend three years at the University of California, Berkeley while working on his thesis. Even though he attempted to meet the federal government’s requirements when applying for his H1-B visa, a minor error meant that he had to return to Israel last October. As Inc.com’s Eric Markowitz’s article on the case began, “Wait, Don’t We Want This Guy?”

The EB5 program has been in place since 1990 and has allocated approximately 10,000 visas annually. The program remains inefficient. The recent EB6 proposal would allow unused EB5 visas to be utilized by creating new criteria otherwise not obtainable through the EB5 program. Significantly, in the last year there were almost 8,000 applicants for an EB5, so that potential reallocation pool is currently quite small, even if the EB6 visa gets off the ground.

Mathew Charnay, Managing Director of the International Development Expansion Organization, has led a trend of innovative EB5 visas. He has described the EB5 program as one of a few creative measures implemented by legislation that are at the forefront of redeveloping the economic infrastructure in the U.S. My personal investments continue to develop creative measures within legislation, sophisticated finance and integrated global marketing which are all focused on capital growth and improving job creation within the U.S. economy. With the fiscal cliff having been resolved, the EB5 program continues to be the most viable solution to remaining fiscal uncertainty in the U.S. EB5 application numbers have recently doubled this year and have not reached such heights since 2006, and 2008. With most surges in the EB5 program occurring towards Q2 and Q3 of each year, EB5 analysts like Charnay must continue to implement significant research towards filling voids in far reaching programs like the EB5 as well as continued efforts within legislature. Significant marketing ingenuity of the EB5 program and other fiscally forward legislature is required in order to fill the gaps within the economic infrastructure of the U.S. marketplace. 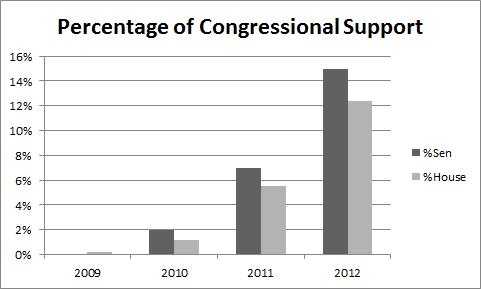 President Obama wants a complete overhaul of the immigration program and we are seeing drafting of immigration policies occurring ahead of the opening of the Senate and House of Representatives Jan. 16, 2013. In Congress, immigration discussion occurs within the House and Senate Judiciary Committees. The former will be led by Rep. Bob Goodlatte (R-VA, Roanoke), who is the father of a Facebook employee, while the latter continues to be led by Sen. Patrick Leahy (D-VT), who was the sponsor of the EB-5 provision in the 1990 immigration reform bill. The immigration subcommittee on the House side is not clear at this point, but on the Senate side, it will almost certainly be lead by Sen. Schumer again. Sen. Schumer is also the lead Democrat on messaging and has replaced Sen. Bob Menendez (D-NJ) as the Senate Democrats’ point person on immigration.

In a speech on the floor of the Senate, Senator Moran, one of the proposers of Startup Act 2.0, summed up the urgency of the need for the bill – “The future of our country’s economic competitiveness depends on America winning the global battle for talent. The Department of Commerce projects STEM jobs to grow by 17 percent in the years ahead. We have to retain more of the highly-skilled and talented individuals we educate in America to remain competitive in the global economy. Doing so will fuel American economic growth and result in the creation of jobs for more Americans.”