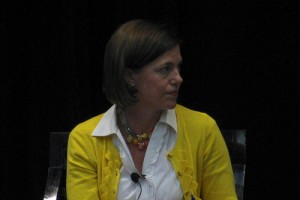 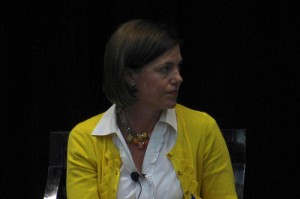 Everyone knows that bringing outsized returns to your limited partners will endear you to your investors. But what about emphasizing firm management, or staking out a differentiated advantage that will stand the test of time?

Venture firms typically approach fundraising by pointing to their hottest portfolio companies and how their latest exit turned an investment of $4 million into an outcome of $40 million.

But limited partners find it equally important to understand a firm’s leadership transitions and how it is positioning itself for the future.

“What happens is people want to come in and tell you about their hot deals,” says limited partner Fred Giuffrida, managing director at Horsley Bridge Partners.

They want to communicate how fund III or IV is doing. Instead they might be better off thinking beyond this. It is important to understand a venture firm’s competitive advantage and how an organization is more than just a deal shop, Giuffrida said Thursday at 500 Startups’ PreMoney conference in San Francisco.

“I’m looking for firms I can invest with across multiple funds,” echoed Christy Richardson, director of private equity at the William and Flora Hewlett Foundation. This requires describing not just current deals, but how a firm is run, she said during a panel discussion at the conference. Sometimes this is where the biggest disconnect shows up.

Big pieces of the message are future positioning and generational transition. It is hard to calculate how much money has been wasted trying to make management transitions work when a founder or set of founders decides to retire, LPs said. Advice from Giuffrida: “Firms are in continual transition. You need to be doing it continually.”

This requires making hard decisions. For instance, it may be worth promoting a single young GP and making a big bet on him or her, rather than hiring a crop of young partners and waiting for one to rise, he says.

Equally important is addressing future positioning. The venture industry appears to be going through a historic period of consolidation that will likely resolve itself in a group of leaders emerging among micro cap VCs and firms with larger funds, Giuffrida said.

Positioning a firm to be among the winners may even more important that picking the right deal today.

Portfolio company services also are becoming a big area of focus for large and small funds alike. Firms are being forced to invest their fee streams into services, instead of partners’ salaries, said Richardson.

She noted there are many different approaches. “To us, there isn’t going to be a right one. There is nothing static about it.”

However, communicating the strategy is worth the effort.