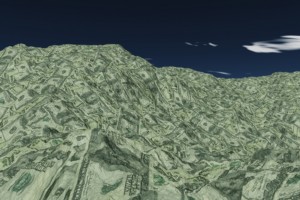 This is Sarah, filling in for Chris, who if you haven’t noticed, hasn’t taken a day off this entire year it seems. Even under lockdown it’s important to “staycation” here and there.

I don’t know about you, but time seems to be going extraordinarily fast and slow at the same time during the pandemic. I keep asking myself, what have I accomplished over the last week? Last six weeks? Either way, here we are.

Chris left us with an interesting look at a mistaken perception among politicians and the mainstream media: the belief that the private equity industry has $2 trillion of unspent capital it can – and should – use to bail itself out.

“These companies should be using their cash reserves to help their employees, not to acquire more power,” said Rep. Alexandria Ocasio-Cortez in a recent statement supporting a ban on private equity deal activity during the downturn. AOC proposed the deal ban alongside Sen. Elizabeth Warren.

This perception has led to the damaging policy decision barring most private equity-backed companies from accessing US government funds meant to preserve jobs, Chris wrote.

The truth is much more complicated than the political noise in the media and among progressive politicians. In fact, most private equity firms are not able to use the bulk of their uncalled capital to simply re-invest into existing portfolio companies that need help.

Senator Warren and AOC’s recent call to ban M&A while the public health crisis persists seems like a long shot, but correct me if I’m wrong.
I’d love to hear your two cents. Hit me up at springle@buyoutsinsider.com

Cove Hill is not your everyday private equity house. Balson’s debut fund has a 15-year life, plus extension. But it also has a mechanism by which the firm can hold individual companies for an indefinite period of time, Balson told Buyouts in a previous interview.

Called off: Concluding a nearly six-month battle and marking a big victory for the non-profit world, the ICANN Board voted to reject the sale of “dot.org” registry to Ethos Capital. The $1.1 billion proposed transaction, if successful, would have transferred its non-profit status to a for-profit status. The non-profit organization oversees Internet domain names. Check it out.

Top Scoops
Co-parenting: Spectrum Equity has invested in OurFamilyWizard, a tech-enabled co-parenting application the firm expects to grow through new products and marketing, Ben Spero, a partner at the firm, told Milana Vinn. Read all the deets.

In case you missed it, Spectrum is engaged in one of the few in-demand fundraisings right now, Buyouts wrote earlier this week. The firm held an early close on its ninth fund after requests from a few LPs to close early, Chris wrote.

Have a great weekend, everybody! As always, get in touch with any tips, feedback or just to say hello. Find me on LinkedIn or hit me up at springle@buyoutsinsider.com.