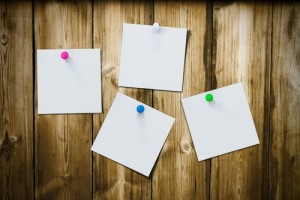 Anyone who is alarmed to learn that most of today’s seed-funded startups will not survive hasn’t been paying very close attention.

In an article yesterday entitled “The Series A Crunch Is Hitting Now. Have We Even Noticed?”, PandoDaily founder Sarah Lacy exclaimed, “We know this: As many as a thousand companies who’ve received seed rounds won’t be around in a year — maybe six months.” Her story was the talk of social media, with a stellar hundreds of tweets and “likes” as of last night.

But is Lacy’s story and attendant advice really news? Given the glut of angels and a shrinking number of active venture firms, it should hardly be surprising.

According to the University of New Hampshire’s Center for Venture Research, the number of active angel investors topped 300,000 last year, up 20 percent from 2010. The ranks of the matchmaking service AngelList also swelled, with 2,500 investors joining the community last year alone, most of them in the last six months. (When AngelList got its start in the spring of 2010, it listed 80 accredited investors.) A study from UNH shows that angels put a fresh $9.2 billion to work in the first half of this year, a 3.1 percent increase over the same period in 2011.

Meanwhile, the number of firms that are actually investing is dwindling, despite the best efforts of partners to save face. The NVCA pegs the official number of “active” traditional firms at 500, but according to NVCA President Mark Heesen, this number is misleading, because at least 200 of the firms only do a deal or two a year.

As for Lacy’s advice to startups, again, I question what’s newsworthy. Lacy says the “tip that everyone agrees on is to avoid the so-called party rounds” that have sometimes included dozens of investors, observing that investors with small stakes may not take as much of an interest in what’s going wrong at the company.

But more than a year and a half ago, investors were already publicly pointing out that while the rounds were enabling entrepreneurs to retain control, the cost of ensuring that no one meddled in their affairs could cost them dearly.

As Naval Ravikant, cofounder of AngelList, told me back in April 2011, “The problem with having [so many] investors is that when it comes time to raise another round, get bridge financing, or sell the company, no single investor is incented to take the lead and help you make it happen.” (Ravikant was referring to Milk, a perfect case in point. The company raised $1.5 million from 24 investors and was out of business less than a year later.)

Lacy also observes that “seed-stage entrepreneurs who have pushed for the maximum valuation possible haven’t done themselves any favors.”

But nearly two years ago, serial entrepreneur Tony Conrad told me that he consciously looks to raise very small amounts of financing in order to make his companies look more palatable to potential acquirers. (His first company, Sphere, raised $3.9 million, and his second, About.me, raised $425,000. Both companies were purchased by AOL for a reported $25 million, respectively, not including earnouts.)

Lacy is clearly a talented reporter, but the fact that many seed-funded companies will run out of money isn’t a new phenomenon, nor should it come as a surprise that it’s happening in larger numbers now. The writing has been on the wall all along.