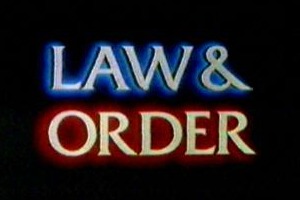 We started 2012 with the trial of R. Allen Stanford, the Texas billionaire financier who was charged with orchestrating a $7 billion Ponzi scheme. Stanford allegedly defrauded investors in order to provide himself with a VIP code and a luxury lifestyle, including multiple homes, private jets, islands, airlines and a cricket team. A cricket team.

Witnesses in Stanford’s trial and many former employees of his company, Stanford Financial Group, stated they either had some sense or firsthand knowledge that his antics were shady. Stanford’s CFO James Davis, recounted not only his close connection to Stanford (they went to college together) but even how the alleged master fraud was able to coerce corporate lieutenants into corroborating his massive masquerade. Davis already pled guilty to fraud and conspiracy charges and agreed to cooperate with the prosecution. The complicated tales of who knew what, and when, will continue to unravel and the message for investors remains the same: you must familiarize yourself with the people trust with your investments. And, by “familiarize” we mean “really get to know them.”

This means knowing not just what is portrayed on their resumes or detailed in balance sheets, this entails a comprehensive background check to illuminate any inconsistencies or troubling patterns that may foreshadow a fraud. In “getting to know” R. Allen Stanford, we learned that he had engaged in many questionable and controversial business situations over the years, to include:

– On two separate occasions, Stanford was sued by former employees: one said Stanford was running a Ponzi scheme and the others said he was using illegal practices involving the sale of CDs (the exact charges brought against Stanford in 2009 that led to this trial);
– Investors sued him in 2005 claiming he was running a Ponzi scheme targeted towards Venezuelans, and that he allowed a known money launderer to use his banks to execute a fraud;
– In 2002, money launderers sued him for failing to protect their money (as promised by him) when Stanford’s bank gave the criminals’ money to the Drug Enforcement Administration (absurd, yes);
– Stanford Group was fined over $70,000 by the Financial Industry Regulatory Authority (FINRA), in 2007 and 2008, for misrepresenting facts about the company’s CDs, improperly monitoring customer transactions and improperly maintaining net capital requirements among other things and he was accused of varying degrees of fraud in seven separate arbitration matters filed with FINRA between 2001 and 2006;
– As documented in numerous media articles from the late 1990s on, Stanford reportedly had ties to Mexican drug cartels and money launderers and maintained relationships with regulators in Antigua and
– Like Bernie Madoff, Stanford’s accountant was a small accounting firm, C.A.S. Hewlett & Co., based in Antigua and run by Charlesworth Hewlett who died in January 2009 (right before SEC brought its charges).

The issues described above are just the highlights of Stanford’s other curriculum vitae – the one he did not want investors to see. All of this information, and more, was sitting in the public domain waiting to be uncovered.

The Stanford trial reminds us of the importance of gathering intelligence before investing. Stanford’s background was riddled with red flags that would have given any investor enough foresight to ask more questions or simply walk away from his improprieties. As we continue to watch the trial, it is important for investors to assess their risks and due diligence processes to ensure they will not become victims to any frauds in the future.

Ken Springer is President and Founder of Corporate Resolutions Inc., a business investigations firm and co-author of “Digging for Disclosure: Tactics for Protecting Your Firm’s Assets from Swindlers, Scammers and Imposters.” Opinions expressed here are his own.