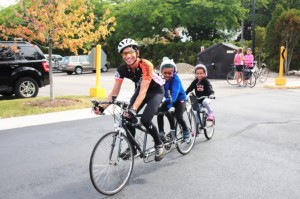 This year’s Memorial Day story, where we usually highlight the glamorous and not-so-glamorous pursuits of vacationing PE executives, produced one surprise: Hardly anyone expects to work.

At least that’s the result of our very unscientific poll. GPs, instead, are taking trips, going to parties and enjoying themselves. The most romantic plans belong to the exec who is whisking his wife to Barcelona to celebrate their 17th wedding anniversary.

Another said he planned to go hiking this weekend and then attend the Mountain Film Festival in Telluride, Colo. And a third said they expected to “spend some time with family on the local links between road trips.”

Every year, peHUB tries to figure out what our readers do when they’re not dealmaking. Past years have seen GPs take luxurious jaunts to Monaco or the Hamptons. There have been parties, networking at the Formula One Grand Prix and some execs even raced cars themselves. Devin Mathews, a Chicago Growth Partners managing partner, joked that for his “typical Memorial Day for PE” he would be hosting a Led Zeppelin reunion in his backyard for close family and friends.

“I’m hanging out with my kids,” he later confessed.

Work is usually a major topic. Several executives typically tell us that they are too busy to get away and plan to stick around the office. That’s not the case in 2014. Only two execs said they expected to do anything work-related, and one of them said it was to attend an annual meeting.

Stewart Kohl, The Riverside Company’s co-CEO, said he would be spending the weekend training for VeloSano, which is Latin for “swift cure.”

Kohl founded VeloSano, a cycling fundraiser, last year. He modeled the event after the Pan-Mass Challenge of Needham, Massachusetts, which he and his wife, Donna, have ridden for the past 16 years. For past Pan-Mass rides, Kohl said he has completed distances of 162 miles.

The inaugural VeloSano ride will take place the weekend of July 19-20 in the Cleveland area. Kohl, who is event chairman, said he plans to complete 173 miles in two days. He has already raised more than $65,000, according to the VeloSano website.

All of the proceeds raised by VeloSano will go to fund cancer research at the Cleveland Clinic. “More and more folks are realizing that we can’t rely on government funding for research,” Kohl told peHUB. “It’s declining, just when some of the best breakthroughs are coming through.”

Photo of Kohl and his grandchildren courtesy of The Riverside Company