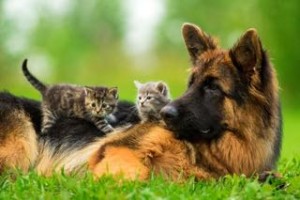 Happy Fri-yay, Hubsters! It’s Aaron here on the wire – your favorite way to wind the week down!

Holding strong. We’ve been hearing from sources that valuations are holding relatively steady despite the slowdown in deal activity, and this morning I have some data to share on that topic.

While completed deal volume was down markedly in the first half of 2022, valuations for mid-market companies acquired by private equity groups and other deal sponsors held strong at an average of 7.4x EBITDA, according to a survey from GF Data, an ACG company.

“While volume is down, businesses with above-average financial characteristics continued to account for an increased portion of completed deal activity, with these deals comprising 68 percent of the total compared to a historic norm of 57 percent,” according to survey results.

For larger deals in the lower middle market – those transactions valued between $250 million and $500 million – GF Data found an average purchase price multiple of 8.9x EBITDA. This is well off the average of 12.0x last quarter – the average of the two periods is likely a better measure than either period individually.

“This is unusual and suggests that more high-performers are choosing to take chips off the table rather than to substantially exit,” said Bob Dunn, GF Data’s Managing Director.

Alma aims to leverage technology to transform behavioral healthcare. I reached out to Ross Devor, a partner at Thoma Bravo, about the investment over email. He told me that the firm has been actively evaluating companies across the space, but Alma stands out in a number of ways.

“Their provider-centric approach, within a model that rewards participants from all sides as utilization increases, is powerful,” Devor wrote. “Additionally, Alma has built a technology platform that will enable more effective matching between patients and providers. Alma’s platform enables the company to capture data around outcomes that will elevate the care payers fund while reducing their overall cost of care for their populations as behavioral health access and quality increase.”

“We’re already spending $221 billion annually on mental health care in the US alone, but only 40 percent of people are able to get the care they need right now,” Devor said. “The pandemic shed a much-needed light on the mental health crisis and opened up a broader conversation about the impact of mental health on healthcare. With this shift, healthcare systems are only just starting to recognize that the platforms that support mental health access – like Alma – can have a huge impact on reducing healthcare spending overall. Healthcare costs reached $4.1 trillion in 2020, accounting for almost 20 percent of the nation’s GDP. Alma sits at the center of this critical market and is well-positioned to transform it.”

This round of funding will help therapists offer in-network care in all 50 states as well as be used to fund expansion and to invest in Alma’s technology roadmap.

Dentist to Veterinarian. An investment banker alerted me to this deal: The Aspen Group (TAG) is acquiring AZPetVet, a group of 22 veterinary hospitals in the Phoenix Area.

It’s part of TAG’s ongoing expansion beyond dentistry. TAG was formerly named Aspen Dental Management. It is owned by private equity firms Leonard Green, Ares Capital and American Securities. The new deal means that one of the biggest players in the dental space is expanding to veterinary care in a big way.

TAG is one of the largest and fastest growing consumer healthcare support companies in the US. The company is bringing consumerism to healthcare while aiming to provide world-class support to practitioners, and now the company is taking adopting the approach to another industry.

I think this is a very interesting move, and I would love to hear your thoughts on it! Feel free to hit me up at aaron.w@peimedia.com.

I’m especially interested these days in talking with investment bankers who can shed light on valuations and returns in PE-backed healthcare deals, so please feel free to reach out to me if you fit in that category and want to talk about the market!

Doubled revenue. My colleague Obey Martin Manayiti covered Alpine’s exit of Mindful, a provider of contact-center automation. He spoke with Haley Beck, a principal at the San Francisco PE firm, to find out more about the exit. The firm more than doubled the company’s revenue in the four-year hold period.

“This was really a transformation story,” Beck said. “We converted the business from a traditional on-premise perpetual license model to an SaaS revenue and cloud deployment model.”

Beck said the combination of talent and product superiority was at the center of the success. Beck said Alpine helped bring in additional talent and rallied the team to deliver value to customers. “That all fueled the success of this deal,” she said. Alpine added over 30 percent to Mindful’s employee population and total active clients.

That’s a wrap for me. I am on double dog sitting duty again this weekend. Wishing everyone a wonderful weekend, until next time!