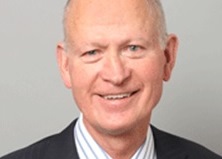 Thoma gave his warning at the Buyouts Chicago conference in June. “The only way to avoid returns coming down will probably be if LPs give us less money, funds get slightly smaller and everyone spends more cautiously,” Thoma said at the time.

Despite those words, Thoma Bravo is moving full steam ahead in an overheated fundraising environment.

Thoma Bravo is out talking to limited partners about launching its next flagship vehicle, targeting in the range of $5 billion to $7 billion, according to two limited partners with knowledge of the situation. The firm could launch the vehicle this year and hold a close early next year, according to one of the LPs, who has heard the pitch.

Jeff Segvich, a spokesman for Thoma Bravo, declined to comment.

Fund XI, still a very early fund, generated a -1.95 percent internal rate of return as of March 31, according to the California State Teachers’ Retirement System. It’s not clear how much capital Fund XI has deployed so far.

Thoma Bravo is gearing up for another fund launch as its closest rival, Vista Equity Partners, also is preparing to bring several new products to market. Vista is expected to launch its next flagship private equity fund early next year, Buyouts previously reported.

The target of Vista Equity Partners VI is not clear, but it is expected to be bigger than its predecessor, which closed on $5.8 billion in October 2014. Vista also expects to bring its next small-cap focused Foundation Fund to market this year or early next year, LP sources previously told Buyouts.

“It’s kind of a mind-numbing pace of fund formation,” said one LP about Thoma Bravo and Vista.

The fundraising environment remains overheated and crowded, three LPs told Buyouts. Pitchbook found that 109 funds closed in the third quarter having raised $80.3 billion. This is up from 110 funds that closed in the same time period last year with $62.4 billion.

Action Item: Thoma Bravo Director of Investor Relations Jennifer James can be reached at jjames@thomabravo.com or 415-249-6717.