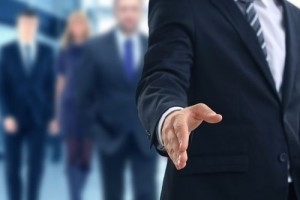 As covid has taught many of us, we can do most of our jobs from just about anywhere. So much so that we’re seeing an increasing number of big players in finance and tech building out physical office locations in more favorable outdoor cities like Miami or Austin.

As Thoma Bravo ramps up talent recruitment to help manage its soaring growth in assets, Chip Virnig, a partner on the firm’s flagship fund, sat down virtually with PE Hub to share why the firm chose Miami over New York as its East Coast base. Here’s a quick preview:

I think [the investing landscape] is changing and why not change it with a different location? Miami is totally different: it’s fun, it’s vibrant, and I think it’s going to be a great tool for recruiting the best talent. Covid gave us an opportunity to break the mold and explore more freedom and a new way of approaching our business.”

Among other things, Virnig said 20 people internally will be moving from San Francisco and Chicago to Miami, himself included. By early next year, the PE group will be bringing at least 10 new hires, he added. The new office being built includes a yoga room, fitness and wellness center, sundry, on-demand dry cleaning and rooftop restaurant. What’s not to like? Read Milana’s full Q&A for more insights from Virnig.

Any other names in finance making plans to set up shop in Miami or other historically unconventional finance/tech hubs? Hit me up.

Food giant: Europe’s CapVest has agreed to sell Valeo Foods to Bain Capital.
Price wasn’t disclosed, but during CapVest’s more than decade-long investment, Valeo has grown from less than €200 million ($243 million) in sales to over €1.1 billion ($1.34 billion) in net sales – growing from one Irish market to 106 markets worldwide. An Irish media report previously said the company was on the market for “in excess of €1.7 billion”.

That’s it for today! Have a great week ahead, and as always, write to me at springle@buyoutsinsider.com with your tips, comments or just to say hello!