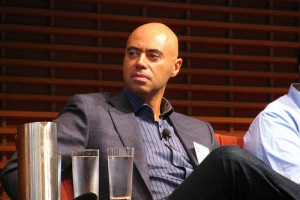 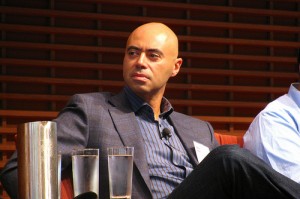 Venture capital activity in China is at a low ebb, with deal making down, valuations soft and exits markets bottled up.

So when will the good times roll in? The answer has a lot to do with whether you believe business cycles in China remain compressed or start to resemble the longer ones of the United States and Europe as the slow global economy haunts China’s long term growth.

The debate found itself front and center at the China 2.0 conference held Friday at the Stanford University Graduate School of Business.

Investors were of two minds. Some said the nation’s slow venture market presented an opportunity that could bear fruit in a few short years as exits markets being to revive. Others cautioned that a longer recovery might be at hand and could undermine strategies built on a quick rebound. Valuations, in other words, have more to fall.

Clearly the contrast between today’s China and China of a couple years ago is pronounced. Two years ago, China was a “party,” says Hany Nada, a founding partner at GGV Capital. Excitement was high.

As the tempo slowed, valuations fell as much as 90% in some market segments, says Nada. “If you invested at that time, you are feeling a hangover.”

This unease is evident in the 2012 investment numbers. In the second quarter, for instance, VCs completed just 27 deals in China, 20% fewer than the first quarter and a 42% tumble from the fourth quarter of 2011, according to data from Preqin. Overall, $545 million went to work in the three-month period, fueling expectations the year might look a lot like 2010, with close to $2 billion invested.

Some suggest the market might soon turn the corner. “China’s cycles are faster than the U.S.,” lasting three years or so, says Richard Lim, managing director at GSR Ventures. With the venture market now 18 months into the down cycle, IPOs could begin to appear again in later 2013 or the start of 2014, he says. That could ignite venture activity.

Today is in fact a good time to deploy capital, observed Nada. “In the last six months, it’s been a very different market. It’s been a buyer’s market.”

But not everyone is ready to set sail. Companies still are not cheap, warns Hans Tung, managing partner at Qiming Ventures. Good companies still insist on valuations just 20% below the peak.

Tung said as a result top companies ask for $20-million pre-money A Round valuations and more than $100 million C Round valuations. Too much money is chasing the few most interesting deals and venture in China is getting “harder and harder,” he says.

“What you’re seeing now is a down cycle,” agrees David Chao, a general partner at DCM. There is too much money looking for investments in the wake of firms, such as IDG-Accel and Sequoia Capital, closing on handsome sums of money in recent years.

In the past, China’s business cycles have typically been compressed to four or five years, notes Chao, while technology cycles in more developed markets usually last 10 years.

If China’s cycle extends to 10 years, there could be a lot of hurt, he adds.