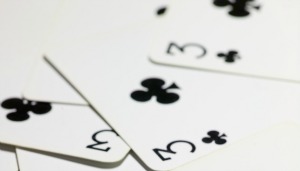 Thrive Capital has been on quite a roll. There aren’t many New York City VCs that can boast its track record.

Exits include the reported $10 million sale of Hot Potato to Facebook in 2010, and, the following year, the sale of Top Layer Networks for about $15 million to Corero. Later in 2011 came the $50 million sale of GroupMe to Skype. There was also, of course, the sale earlier this year of Instagram to Facebook for what was, at the time, a whopping $1 billion.

So, the VC—which has a sparse website that includes partners Joshua Kushner, Jared Weinstein, William Gaybrick and Chris Paik—intends to raise a new fund beginning later this year, or early 2013, according to a pair of sources. For its third effort, Thrive Capital is expected to raise a fund ranging in size from $100 million to $150 million, the sources said.

That would mark quite an up-sizing for one of NYC’s newer VCs. According to Thomson Reuters data, in 2009 Thrive Capital Partners I took in $10 million from LPs, while in 2011 the VC reeled in $40 million for a second vehicle. Known investors include Princeton, according to Thomson Reuters research. One source told peHUB that other LPs include Hall Capital Partners and Wellcome Trust.

Thrive Capital’s success is the latest in a string of big hits for New York City VCs, which have also been raising new capital. First Round Capital raised a new fund of around $130 million earlier this year, in step with prior vehicles, and former First Round and Union Square Ventures VC Charlie O’Donnell launched his own fund, Brooklyn Bridge Ventures. The city’s real triumph came earlier this summer when it was revealed that Cornell University would partner with New York to build a Roosevelt Island tech campus.

PeHUB reached out to Thrive Capital for comment; the VC did not respond.