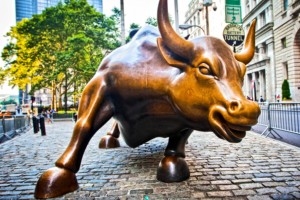 As increasing numbers of technology companies defer initial public offerings, one influential Wall Street investor has stepped up to the plate in Silicon Valley.

Their traditional focus on larger companies in late stages of financing has partially given way to a search for young companies that have proven their chops and attracted investments from leading venture firms, but have not yet held richly priced initial public offerings.

Despite strong public markets that have brought outsized valuations for recent IPOs such as message service Twitter, and security company FireEye, many companies are delaying going public and seeking private funding instead. And the bankrolling these days is coming as much from hedge funds and other Wall Street asset managers as from Silicon Valley money.

Tiger Global, a so-called “Tiger Cub” because of its ties to investor Julian Robertson and his once-highflying hedge fund Tiger Management, has quietly taken one of the largest positions of the newcomers, technology investors say.

“They’re filling an important need in the ecostystem to provide capital for companies that are not going public right now,” said Peter Levine, a partner at Andreessen Horowitz, a venture-capital firm that co-invests with Tiger.

Founded in 2000 with $25 million by Chase Coleman, a protégé of Robertson’s, Tiger has earned the respect of Silicon Valley denizens, in part through its highly profitable investment in Facebook.

At the time of that company’s 2012 IPO, Tiger Global owned some 54 million shares. The firm made about $1 billion on its Facebook stock, according to a person familiar with the matter.

While the firm has long been active in venture-backed companies, particularly internationally, it has recently stepped up the pace in Silicon Valley. It started investing in U.S. venture-backed companies in 2008, soon funding big names such as Facebook, data-analysis company Palantir, professional network LinkedIn and gaming company Zynga

Tiger Global’s Silicon Valley deals tend to come from its venture-growth funds, which have total capital commitments of $7 billion, or about half the group’s total. It is targeting an April 1 close and commitments of $1-$1.5 billion for the latest fund in the group, which is in line with the size of the previous fund, according to documents provided to Reuters.

People familiar with the matter say that Lee Fixel, who co-runs Tiger’s venture-growth business with Scott Shleifer, has been particularly active in the firm’s venture-backed deals. Fixel sits on the board of Dave Goldberg’s online survey business SurveyMonkey, which Tiger first backed early last year in a $444 million equity investment that valued the company at $1.35 billion.

Coleman, 38, plays an active role on the growth-equity side of Tiger’s business but like Fixel prefers to stay under the radar, a fund investor with Tiger told Reuters. He joined Robertson’s Tiger Management after graduating from Williams College.

Traditionally, startups accept venture funding for the first few years of their lives, then sell to a bigger company or seek a listing on the stock exchange. If they need later-stage funding, they turn to a growth-equity firm rooted in venture capital, such as Institutional Venture Partners, Meritech, or Technology Crossover Ventures.

Now, those firms sometimes find themselves going up against the newer entrants, in particular Tiger, as they seek to provide new funding rounds for start-up companies.

Tiger’s betting spree comes at a time when many public-market investors believe much of a company’s traditional “pop,” or stock-price appreciation in the days and months after its IPO is less pronounced than in past years. That’s because greater valuations are reached on private markets than in the past.

At least 30 privately-owned U.S. venture-backed companies hold valuations of $1 billion or more, according to valuations data tracked by Reuters.

Several are Tiger-backed plays, such as SurveyMonkey, Evernote, Actifio and payments-company Square, whose investors also include Rizvi Traverse. Others are backed by different non-traditional venture investors, such as cloud-storage company Dropbox, whose investors include BlackRock and T. Rowe Price.

If firms like Tiger waited until the companies went public to invest, they would be losing out on a large portion of the gains, entrepreneurs say.

And there’s benefit to the young firms, too.

Actifio chief executive Ash Ashutosh expects Tiger can draw on its experience with other growth companies to help steer his company successfully through an IPO, when that day comes.

“He’s a technologist, he was an analyst, he understands tech very well,” Ashutosh said about Coleman. “He’s a very passionate person who invests in companies he truly loves.”

Veteran investors recall a similar time in the late 1990s when investments usually reserved for venture-capital firms attracted heavy interest from other investors. For example, Fidelity said in early 2000 it had invested $300 million over five years in emerging companies in software, networking and telecommunications.

Ironically, Julian Robertson shuttered his Tiger Management funds in March 2000, partly because they were underperforming after investing in “old-economy” stocks rather than Internet highflyers. Just as he was closing, the Internet bubble’s collapse was beginning.