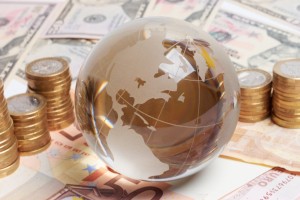 Fundraising can be a daunting task for GPs, but LPs have some tips to make the process easier.

A pitchbook should NOT be longer than 15 pages, says John Crocker, an Auximos Group managing director. “People show up with War and Peace and expect you to go page by page,” says Crocker, who spoke Thursday at the PartnerConnect panel, “Roadshow Workshop: Dos and Don’ts Advice from Top LPs.” Daniel Feder, Covariance Capital Management’s senior investment manager, private equity & venture capital, says pitchbooks that are too long, some as lengthy as 60 pages, make him “want to get out of this meeting.”

Ben Black, Akkadian Ventures’ founder and chief investment officer, told peHUB on the sidelines of the conference that he’s done “hundreds” of investor meetings. Black says he keeps his pitchbook to 15 slides and that’s it. “People don’t invest because of the pitchbook,” he says. “They’ll give you a meeting but then it’s all about the person.”

How often should you be talking to your LPs after you get funding? At least once a year, Crocker says. Brian Gallagher, a partner at Twin Bridge Capital Partners, estimates that only 20% of the firm’s portfolio comes and “tells us what’s going on.”

Some GPs actually don’t come to LP meetings with returns — for deals or funds– listed in their pitchbook, says Martin Day, a Caledon Capital partner. Day, who spoke on the panel, “Funds – Demystifying Manager Diligence,” says this sometimes happens but not very often. Last week, Day was in a meeting with a GP and firm executives spoke all about themselves and how impressive they were.The GP’s lack of disclosure was apparently due to a spate of recent deals (the last two years) that were high-profile losers. Before that, returns for the firm were good, Day says.

GPs should always list returns for their deals and funds, the execs say. In fact, pitchbooks should have a “track record page” that follows industry standards, says Crocker. “If not, it will cause too much confusion and raise integrity questions,” he says.

The LPs had several other tips to make fundraising easier, including not taking calls during a meeting, not disagreeing with your partner during the pitch and not leaving the LP’s business card behind when you leave.

Here’s a list of top 10 Dos/Don’ts for GPs when meeting with potential investors: