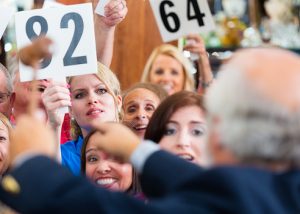 This week has arguably been the most intense since quarantine began. For obvious reasons, there are important things going on outside my Brooklyn apartment calling for action and attention during this time of human history.

Now, to healthcare.
Restart: Linden’s ProPharma was one of many processes put on pause when the pandemic fueled market volatility hit in mid-March. Now, the pharma services company is among the first to formally return to the auction block. Read more.

“We’re seeing the green shoots of recovery” one source said in a conversation around the process.
TPG talks Europe opportunity

TPG according to my calculations (deal values we’ve previously reported and those disclosed) has been involved in more than $3 billion worth of U.S. healthcare dealmaking since 2019. The latest was its $1.2 billion bet for LifeStance Health, having prevailed in the auction for behavioral health services giant in mid-April.

And now, it’s clear the global buyout firm intends to become a larger participant in the European market. TPG boosted its healthcare roster with the addition of Karthic Jayaraman, an ex-Carlyle investor who has spent the last decade in London.

I recently got the chance to catch up Jayaraman, who will co-head TPG’s healthcare platform alongside Todd Sisitsky, Jeff Rhodes and John Schilling. Check out my full interview.

“What this crisis has shown us is: there are some significant challenges in the healthcare infrastructure that most governments and most societies are dealing with, and therefore, we’re going to rethink some priorities and how we go forward,” Jayaraman said. “That reexamination may create a more fertile investing environment as a direct consequence.”

The nuance with investing throughout Europe, said Jayaraman, is the disparate geographies. “It’s not one monolithic market called Europe. There’s an Italian market, there’s a British market, [etc]. Some [companies or sectors] cross borders; some do not.”

That said, Jayaraman over the last decade has observed increasing consolidation across the European healthcare market.

“[European] management teams are becoming increasingly more sophisticated in choosing their private equity partner and are looking more to grow beyond their [existing] markets [and across European borders].”

In other people news…

Side note: Webster is considering exploring a single-purpose continuation vehicle for BayMark, a source with knowledge of the firm said. The firm declined to comment. The opioid-treatment company had previously sought a $1 billion-plus sale, PE Hub reported. Read more.

Deutsche reschuffles: Ross Hammerman, co-head of global healthcare banking at Deutsche Bank, has left the firm, according to sources with knowledge of the matter. Concurrently, Nick Richitt, who since joining the bank has led HCIT efforts, was promoted to Americas head of healthcare investment banking. See my full story.

That’s it for me today. As always, reach me at springle@buyoutsinsider.com with any tips, feedback or just to say hello.