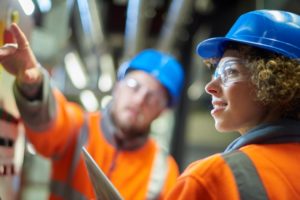 Unlocking EV growth: Thinking of buying an electric car? Care about the planet? These are among several reasons why you’ll want to read a new feature story by PE Hub.
CLEAResult, owned by TPG Growth and TPG Rise, beefed up its portfolio this week by acquiring ChooseEV, a platform for electric vehicle market awareness and education tools across North America.

The deal is in line with the decarbonization strategy and the growth trajectory of clean energy that TPG, one of the world’s biggest private equity firms, is pursuing, PE Hub’s Obey Martin Manayiti reported. Partner Scott Gilbertson told Obey that that this deal will help unlock so much growth in the EV sector.

“It creates customer empowerment as they can have knowledge and tools to think about purchases that they make or how they can best optimize the purchases they have already made,” Gilbertson said.

TPG believed ChooseEV’s tech capabilities, vision, mission and expertise in EVs would complement the energy efficiency-focused CLEAResult’s tech stack and company. “It is really a symbiotic relationship. They believe deeply in their mission and know that they can get broader, deeper, and further as part of CLEAResult.”

Gilbertson said growth for this platform will come from two factors: the rapid adoption of EVs over the next decade and the ability to scale the ChooseEV platform for other verticals.

Blackstone buys Geosyntec: Speaking of the energy transition, Blackstone Energy Partners this week made a majority investment in Geosyntec, an environmental engineering and design consulting business. No financial terms were disclosed, however, sources told Bloomberg Blackstone’s equity infusion of $380 million valued the company at more than $750 million.

Building on prior sustainability investments by Blackstone, the deal anticipates rising demand from businesses and governments for engineering and technical solutions as climate change challenges become more acute. Recent Geosyntec projects include helping an agricultural chemical producer manage compliance for an acquisition and helping an energy utility develop ESG reporting and carbon strategies.

Blackstone’s investment will support Geosyntec’s expansion into new markets and geographies and pursuit of strategic add-ons. It will also back the hire of more engineering and scientific talent, allowing the company to take on larger and more complex projects.

Software investor Thoma Bravo, which in 2021 returned to fundraising only a year after wrapping up a prior flagship offering, appears to be moving just as swiftly to closing its latest. The firm raised more than $20 billion for Thoma Bravo XV, according to Form D documents filed this week. That puts the fund on the cusp of reaching its $22 billion target.
Thoma Bravo Discover Fund IV, a mid-market software vehicle, also collected nearly $4.5 billion, just shy of its $5 billion target. In addition, Thoma Bravo Explore Fund II, a lower mid-market vehicle, brought in almost $1.5 billion, which is within a target range of $1.5 billion to $1.75 billion.

Taken together, Thoma Bravo has so far accounted for $26-billion-plus against a combined target for the three funds of more than $28 billion.

It is not known if hard-caps have been set for the offerings. Thoma Bravo is expected to continue fundraising, sources told Buyouts. The firm declined to provide a comment.
Thoma Bravo XV is one of several mega-funds that are competing in a crowded PE marketplace at a time when many LPs are either cash-strapped or overallocated. With its gigantic initial fundraising, Thoma Bravo may have escaped the challenges expected for other GPs on the fundraising trail this year.

That’s it for me today. Chris will be on the wire tomorrow.