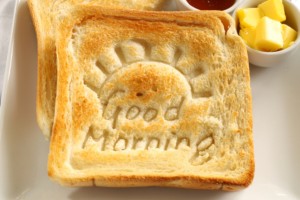 How is your week proceeding? What kind of interesting stuff is happening out there?

Great Hill Partners and Charlesbank Capital led a $535 million senior credit investment in Wayfair, an online homegoods retailer that has seen its fortunes change in the pandemic-fueled population lock down. One of Wayfair’s largest public shareholders, The Spruce House Partnership, also participated.
Wayfair’s shares were being pummeled in the months before governments decided to lock-down populations to slow the spread of the virus. In February, the company laid off 550 employees as losses piled up. The company worked to increase revenues and expand its customer base, but was not building profits.

Since then, Wayfair’s revenues have risen by around 40 percent in March and early April, with most shoppers stuck at home and shopping from their computers. The company’s share price jumped as well, closing Monday at $71.50. That’s up from $50.63 at the close on Friday, and $23.52 at close of trading on March 19. However, its shares are still down from their 52-week high of $166.40.

Meanwhile, Airbnb, which like other businesses in the hospitality sector is getting slammed by the lock down, said Monday that Silver Lake and Sixth Street Partners agreed to invest $1 billion in the company through a mix of debt and equity. Silver Lake’s Co-CEO and Managing Partner Egon Durban said: “While the current environment is clearly a difficult one for the hospitality industry, the desire to travel and have authentic experiences is fundamental and enduring. Airbnb’s diverse, global, and resilient business model is particularly well suited to prosper as the world inevitably recovers and we all get back out to experience it.” Check it out here.

Big winner: Hearkening back to a better time in the market, our Secondaries Deal of the Year winner went to Warburg Pincus’s single asset process for Allied Universal. Such deals, in which a firm moves a single asset out of an older fund into a continuation vehicle, have been on the rise over the past couple years. But it may be some time before GP-led deals like this one come back to the market in the downturn.

So how did this one get done? Warburg saw strong growth for Allied going forward and decided it wanted to hold a majority stake in Allied, a business services company specializing in security, technology, janitorial and staff. Read the full story here.

Warburg decided to go the secondaries route, creating a continuation vehicle that would hold Warburg’s investment in the company, carving it out of 2012 Fund XI. The deal allowed limited partners in Fund XI to cash out of their exposure to Allied or roll their interests into the continuation pool.

The Allied deal was expected to ultimately raise $1.5 billion from rolling LPs and an investor group led by AlpInvest Partners. Around 25 percent of commitments to the continuation fund are from Warburg Fund XI LPs. Future growth of Allied will be organic and through acquisitions.

“It feels like a straightforward, modest-risk type of asset, which is ideal for this transaction structure” Chandler Joel Reedy, a managing director at Warburg, told Buyouts. “The company continues to post impressive organic growth. Allied has a history of success doing acquisitions and plans on continuing to explore acquisitions of smaller providers that represent over 50 percent of the market.”

Top Scoops
Despite the fundraising slowdown from coronavirus-spurred dislocation, emerging manager Brightstar Capital is heading for its $1 billion target on its second fund. Brightstar raised about $795 million so far for the sophomore pool, and could hit target by June. Fund II has a $1.2 billion cap. Check out the story here on Buyouts.

TPG Growth named Michael Stone as co-managing partner. Stone has been a senior adviser and partner with TPG Growth since 2009. He’ll work with Matthew Hobart, who was named co-managing partner of the platform in June 2019. Hobart and Stone now lead the platform that was formed by ex-TPG exec Bill McGlashan, who left the firm after being charged in the college admissions cheating scandal. Check out the news brief here on PE Hub.

Have a great day! As always, hit me up with tips n’ gossip, feedback or just to chat at cwitkowsky@buyoutsinsider.com, on Twitter or find me on LinkedIn.