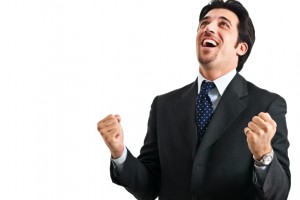 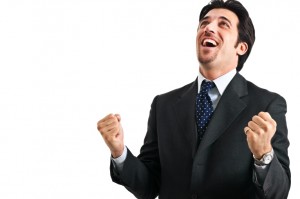 The $586 billion is also the lowest total on record since the financial crisis took hold, Private Equity International says. This is because it no longer includes many of the boom time funds that closed in 2007. For example, Blackstone’s fifth buyout pool closed at $21.7 billion in 2007, the largest amount ever by a PE firm, wasn’t in the data. Also left out of the totals is GS Capital Partners VI, which collected $20 billion that year.

Overall fundraising totals declined as well, with the PEI 300 in 2012 collectively raising a total of $1.31 trillion over the last five years. That figure dropped to $1.13 trillion this year, PEI says.

Here are the five biggest PE firms, according to PEI.

5. Warburg Pincus
Warburg posted a big improvement this year jumping ten spots up to fifth, PEI says. The New York firm has raised $26 billion in the past five years, PEI says. Warburg has been out fundraising for its 11th global buyout fund, which has a $12 billion target, Reuters has reported. In February, LBO Wire said that Warburg had closed on $7 billion in commitments and aimed to close fundraising in the spring.

This week, Blackstone got attention for announcing its plan to hire 50,000 military veterans over the next five years.

2. Carlyle Group
The Carlyle Group jumps two spots to place second, having collected $32.8 billion in the past five years, PEI says. The Washington D.C.-based firm ranked fifth last year. The Carlyle Group is out fundraising for its latest buyout fund. In February, the firm said it was 60% of the way to its $10 billion target for Carlyle Partners VI LP. Carlyle also said this week that it hired a six-person energy investment team and was looking to raise a $1.5 billion fund.

1. TPG
In first place is TPG, the PE firm founded by David Bonderman and James Coulter. Fort Worth, Texas-based TPG is the world’s largest PE sponsor after having raised about $36 billion since 2008, PEI says. This is the third time TPG ranked first on PEI’s list.

PeHUB reported in November that TPG was considering an $8 billion to $12 billion target for its next global buyout fund. Fundraising was expected to start during the first half of 2013. It’s not clear if TPG has officially begun marketing for fund VII, but the firm’s last buyout fund, TPG Partners VI LP, is 75% drawn, one placement says. TPG is “premarketing like hell,” the placement source says.