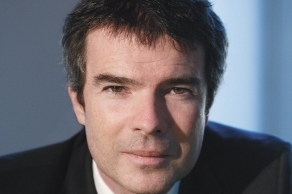 Antoine Drean, Triago’s founder, chairman and CEO, thinks that the fundraising market is back to historic norms.

That’s not to say that fundraising isn’t hard, he says.  It’s just that the current market is being compared to the credit bubble of 2005 – 2008. During this period, which was considered the boom time for private equity, $1.8 trillion was collected by the industry, a Triago spokesman says. This, amazingly, is nearly half, or 46%, of the $3.9 trillion raised by PE since 1969.

If you strip out the credit bubble, the current fundraising market reverts to more normal numbers, Drean says. PE firms collected $230 billion in 2010 and again in 2011, Drean says. This is much more in line with 2004, when $200 billion was raised, Drean says. (The PE industry collected a low $100 billion in 2003 but that’s when the market was recovering from the dot.com collapse). By comparison, the industry raised $220 billion in 2000, the Triago spokesman says.

“Fundraising has always been a pretty difficult exercise,” Drean says.  “We’re just back to the real thing.”

The current fundraising market, however, is glutted. There are a record number of funds, roughly 1800, out marketing right now, Drean says. But they’re looking to raise $740 billion, which isn’t a record amount. Fund sizes are coming down, Drean says. “This is indicative of the restructuring pains the industry is going through,” he says.

The market is also flooded with cookie-cutter PE firms.  There are too many JAMMBOFs (just another middle market buyout fund) and JAFOFs (just another fund of funds), Drean says. GPs are being pressured to differentiate, Drean says. Large buyouts are also out of favor with big LPs and endowments. Triago currently has 7 mandates and is considering 5 funds, Drean says. Out of those 12, there is not a single standard buyout fund; they all have a special geographic or sector focus. “There are no JAMMBOFS among them,” the Triago spokesman says.

One trend Triago is noticing? Deal-by-deal structures are gaining acceptance among LPs, Drean says. GPs with great track records don’t have problems fundraising. But those with issues might benefit from “deal-by-deal” structures, he says. GPs with expertise in a certain sectors could raise money this way. This is for GPs with a not-so-stellar record, Drean says.