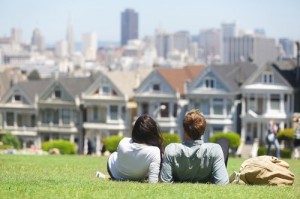 Tricon Capital Group, a Canadian private equity firm focused on real estate, has completed its previously announced acquisition of a 68.4% interest in Tricon IX LP, a US$332 million U.S. distressed residential development fund. The purchase price was approximately US$261 million. Tricon has its headquarters in Toronto.

TORONTO, Aug. 13, 2013 /CNW/ – Tricon Capital Group (TSX:TCN) (“Tricon” or the “Company”) closed today its previously announced co-investment in Tricon IX (the “Transaction”). Pursuant to the Transaction, the Company acquired a 68.4% limited partnership interest in Tricon IX, a dedicated U.S. residential development fund managed by the Company with total committed capital of approximately US$332 million. The net purchase price for the Transaction was approximately US$261 million, which was financed by a public offering of Tricon common shares (“Common Shares”), an approximately US$54 million private placement of Common Shares to several selling limited partners of Tricon IX and draws under a new revolving credit facility.

The Company is also pleased to announce that it has completed its previously announced offering of 39,272,500 Common Shares at a price of $6.15 per Common Share, which amount included 5,122,500 Common Shares issued to cover over-allotments pursuant to the exercise in full of the underwriters’ over-allotment option. The offering of Common Shares was completed on a bought deal basis and was underwritten by a syndicate of underwriters co-led by GMP Securities L.P. and RBC Capital Markets and including BMO Capital Markets, CIBC World Markets Inc., TD Securities Inc., Canaccord Genuity Corp., National Bank Financial Inc., Paradigm Capital Inc. and Raymond James Ltd.

As previously announced, the net proceeds to the Company from the offering were primarily used to fund a portion of the purchase price for the Transaction, as well as the Company’s transaction expenses, as described in detail in the Company’s (final) short form prospectus dated August 6, 2013 (the “Prospectus”). The Prospectus is available on SEDAR at www.sedar.com.

Founded in 1988, Tricon is one of North America’s leading residential real estate investment companies with approximately $1.4 billion of assets under management and a portfolio of over 2,500 U.S. single-family rental homes. Tricon provides financing to local operators or developers in select markets in the United States and Canada, with a primary focus on for-sale housing in growing markets. Since inception, Tricon has invested in approximately 150 transactions for development projects valued at more than $11 billion. More information about Tricon is available at www.triconcapital.com.