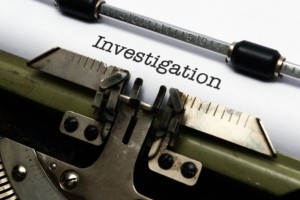 The U.S. Securities and Exchange Commission (SEC) is investigating whether private equity fund advisers are illegally charging fees that are not disclosed to investors, the agency’s top enforcement chief said on Wednesday.

In an interview at the Reuters Financial Regulation Summit, SEC Enforcement Director Andrew Ceresney said his division is reviewing “the collection of fees and expenses in violation of … offering documents.”

The SEC’s probe into how fees are collected and disclosed stems from a number of problems that were uncovered by SEC examiners during 2013 and 2014 inspections of hedge fund and private equity fund advisers.

Because the funds were previously never required to register with the SEC, the regulator has been in the process of conducting so-called “presence” exams.

These exams aim to acclimate the funds to the SEC’s oversight regime and also to help the SEC establish risk areas it should be monitoring.

While examiners are not responsible for bringing enforcement actions against firms that break the law, they routinely refer problems they uncover to the agency’s enforcement division.

In testimony before a U.S. House of Representatives panel on Tuesday, SEC Chair Mary Jo White said those examiners have uncovered a wide array of problems so far.

“Some of the common deficiencies from the examinations of these advisers that the staff has identified included: misallocating fees and expenses; charging improper fees to portfolio companies or the funds they manage; disclosing fee monitoring inadequately; and using bogus service providers to charge false fees in order to kick back part of the fee to the adviser,” White said Tuesday.

Earlier this month, Reuters reported that the SEC had formed a new group dedicated to examining private equity funds and hedge funds. It is comprised of experts who are most equipped to study how funds value their assets, disclose their fees and communicate with investors.

Since the SEC turned its attention to how fees are charged by private equity funds, the agency’s enforcement staff already filed one case earlier this year against Clean Energy Capital LLC and its president, Scott Brittenham.

In the case, the SEC alleges that Brittenham and Clean Energy misappropriated more than $3 million from 20 different private equity funds by allocating Clean Energy’s expenses for items such as compensation, office space, gifts and business cards to the funds without disclosing it to investors.

Brittenham and his firm deny the SEC’s allegations, according to documents filed with the agency’s administrative court. The case is slated to be heard before an SEC administrative law judge later this summer.

Ceresney said the Clean Energy case marks “the first example” of the agency’s focus on undisclosed fees in private equity funds. “That’s certainly something we’re looking at,” he said.