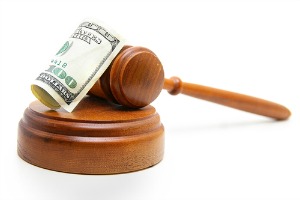 (Reuters) – For the first time, individuals and companies that do not themselves make anything – commonly known as “patent trolls” – are bringing the majority of U.S. patent lawsuits, according to a study by a California law professor.

The sharp increase in this type of lawsuit serves as a milestone likely to exacerbate the tension over patent issues and increase calls for patent reform and scrutiny of the system.

This year, about 61 percent of all patent lawsuits filed through Dec. 1 were brought by patent-assertion entities, or individuals and companies that work aggressively and opportunistically to assert patents as a business model rather than build their own technology, according to a paper by Colleen Chien, a law professor at Santa Clara University.

“It’s pretty dramatic,” Chien told Reuters via email. “It means more suits are being brought by entities that don’t make anything than those that do.”

Chien also spoke on the matter on Monday at a patent workshop held by the U.S. Federal Trade Commission and the Department of Justice.

Increasingly, the lawsuits are hitting startups.

Many patent demands are settled before reaching the lawsuit stage. Estimates on the ratio of demands to lawsuits run between 100:1 to 307:1, Chien said.

Many in Silicon Valley deride patent-assertion entities as “patent trolls.” The unflattering nickname arose because of their habit of suddenly demanding licensing fees from unsuspecting businesses, much like mythical trolls that lie in wait under bridges to extract tolls from travelers.

But even if others perceive them as trolls, many patent litigants who do not make products or develop technology think of themselves in a better light. Many of them represent inventors, sometimes university researchers, who often cannot afford to defend patents on their own.

Many technology companies are eager for reforms that would make it harder to assert patents. Some would like to see the cost of asserting patents rise, for example. Many patent holders sue based on contingency, meaning they pay only if they win an award.

But technology companies also frequently sue each other over patents. One of the higher-profile cases involves Apple Inc’s fight with Samsung Electronics Co Ltd.

In August, a U.S. jury found the Korean company had copied critical features of the hugely popular iPhone and iPad and awarded the U.S. company $1.05 billion in damages.