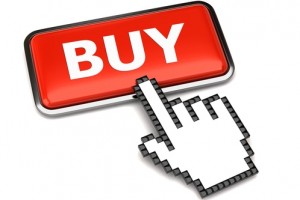 Large cap technology companies haven’t been making many big purchases these past few months, and a new survey by Ernst & Young offers some insights into why.

One major reason? Technology acquirers see little reason to hurry, as most expect prices to decline or stay flat. Overall, 45% of tech executives surveyed said they expect M&A valuations to decline over the next year, and only 28% expect them to increase. That’s a stark contrast to the last survey, conducted in April, in which just 21% predicted values would drop and 40% thought they would rise.

“The buyers are much more cautious,” says Joe Steger, who leads technology transaction advisory services at Ernst & Young. While they’re still actively buying smaller startups, acquirers are balking at the valuations set by many companies that are further along, particularly in sectors such as social media and consumer Internet.

Steger believes most of the ingredients necessary for a deal recovery remain in place. Acquirers have plentiful cash and decent access to credit, and there’s a healthy supply of emerging companies developing transformative technologies. However, one element remains elusive — economic confidence. Additionally, Steger notes, “there’s a value disconnect between what buyers and sellers are expecting.”  Buyers are increasingly skeptical of growth projections from emerging companies and unwilling to pay the premiums on which sellers (and often their venture investors) had been counting. So instead, they’re focusing on smaller deals.

The numbers back up Steger’s hypothesis. In the third quarter, aggregate value of all disclosed-value technology deals totaled just $28.2 billion, according to E&Y. That was a drop of 52% year-over-year and 15% from the prior quarter. Meanwhile, the largest tech deal of the third quarter deal by dollar value – Dell’s $2.56 billion acquisition of Quest Software in July – was the smallest No. 1 deal in three-and-a-half years.

That’s not to say the pace of deal-making has slowed. E&Y counted 752 technology acquisitions in the third quarter, including both public and private companies, up a tad from year-earlier levels. Companies in hot sectors such as smart mobility and data analytics continue to attract a disproportionate share of offers.