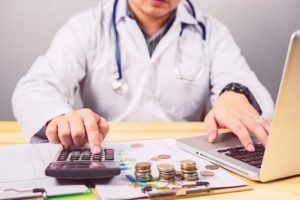 It’s crunch time. As expected, sponsors are racing to get deals done with the election just days away and year-end approaching rapidly.

By and large, new processes will wait to launch until early next year, I’m hearing, but that’s not to say some aren’t getting a jump on things. I learned this week that Sun Capital-backed ClearChoice, which provides services to dental implant centers nationwide, engaged Goldman Sachs for an upcoming sale process. Read more.

Stay tuned for updates on both situations and shoot me a note at springle@buyoutsinsider if you’ve heard anything.

Not every model is the same, but broadly, such companies have performed well through covid-19 because of their capitated, risk-bearing models of reimbursement – which are tied to the quality of care and not quantity of visits or procedures. Secondly, these primary care groups are generally focused on the growing senior population, and Medicare Advantage is the fast growing part of the market, sources told PE Hub.

“Everyone sees the benefit because it completely changes doctors’ incentives,” one source familiar with the processes said. “[These models] really do impact cost of care and outcomes,” another added.

With covid highlighting the durability of these models, private equity appetite for such assets also heightened dramatically. Many sponsors that five years ago wouldn’t have shown interest in an at-risk primary care group have since built theses around global capitation models, or value-based-care models, I’m told.
In September, Cano CEO Marlow Hernandez told Inc. that “the company is in the midst of its greatest single year of growth in its history.” Patient treatment is up 50 percent from pre-covid levels – with telemedicine visits about 70 percent of that total, Hernandez told Inc.

Cano, having recently expanded beyond Florida and into Texas, does a lot of business with health insurance giant Humana, according to sources. Humana itself plays in Florida and Texas primary care through Conviva, and through Partners in Primary Care, in another seven markets. Other multi-state players include ChenMed, with a 10-state footprint, but that’s “not actionable in any way”, one source told me.

Top Scoops
In other notable deals this week, Teleperformance bought Health Advocate from Apollo’s Intrado in a $690 million deal. PE Hub wrote several weeks ago that a sale process was underway for Health Advocate, whose employee wellness offerings are accelerating in today’s environment as organizations start transitioning back to the workplace.

Elsewhere, TPG is marked at more than 2x its money in AskBio, with room for additional upside with its sale to Bayer, sources familiar with the matter told PE Hub.

Bayer on Monday announced an agreement to fork out $2 billion upfront plus a potential $2 billion in milestone payments for the gene therapy company. Read my full report.

That’s it for me today. As always, write to me with any comments, tips or just to say hello!