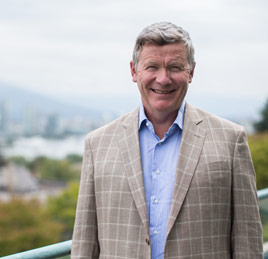 Chrysalix Energy Venture Capital has named Jean-Michel Gires as a venture partner. Prior to joining Chrysalix, Gires, who is based in the firm’s Calgary office, was the president and CEO of Total E & P Canada Ltd. Headquartered in Vancouver, British Columbia, Chrysalix is a venture capital firm that focuses on investments in early-stage energy and environmental technology.

VANCOUVER, BRITISH COLUMBIA–(Marketwired – Aug. 13, 2013) – Today, Chrysalix Energy Venture Capital (“Chrysalix EVC”), the longest-standing and most active cleantech venture capital firm in the world, announced that 25-year energy industry veteran and former President & CEO of Total E&P Canada Ltd., Jean-Michel Gires, has joined the Firm as a Venture Partner based out of the Calgary office. There he will utilize his valuable experience in heavy oil, mining, and sustainable development to help industry identify and develop better solutions for their challenges.

“While living in Western Canada during my time with Total, I recognized the need for breakthrough innovation to realize the true energy opportunity in this country, and to protect our environment in the process,” said Jean-Michel Gires. “I’ve now decided to dedicate myself full time to new energy technologies that will improve industry while addressing global environmental and social standards. I chose Chrysalix EVC specifically due to their deep roots in the energy sector and their unique approach at deliberately engaging with large industry leaders to find solutions to their most pressing problems. I look forward to utilizing my experience and knowledge to further the success of Chrysalix EVC portfolio companies while creating significant value for the Firm’s stakeholders.”

“We’ve had the pleasure of working closely with Jean-Michel for several years. He has single-handedly been one of the biggest supporters in industry for venture capital culminating in the creation of Total Technology Ventures under his leadership, a long-time Limited Partner (LP) in our CELP III Fund dating back to 2008,” said Wal van Lierop, President & CEO of Chrysalix EVC. “His industry experience and insight meshes perfectly with our focus on transformational innovations for industry that help reduce costs, energy intensity, and environmental impact. We welcome him to our team and expect him to play a crucial role going forward.”

Jean-Michel is now officially working at Chrysalix EVC and can be reached at the Calgary office.

QUICK FACTS
Jean-Michel was the President & CEO of Total E&P Canada from Sept 2009 to Dec 2012
He was with the Company for over two decades (since 1988) and was instrumental in establishing best practices for the Total Group’s projects in advanced R&D, environmental responsibility, project management, stakeholder relations & community building
He was the Co-Chairman of the Oil Sands Leadership Initiative (OSLI) and Canada’s Oil Sands Innovation Alliance (COSIA)
He is a trained engineer and has received France’s highest civilian honour

About Chrysalix Energy Venture Capital
Chrysalix EVC is a venture capital firm investing in technologies that will drive the new energy economy. The Firm provides early-stage financing, hands-on assistance, and strategic connections to innovative companies confronting the world’s most important energy and environmental issues. For the past two years, the Firm has ranked the most active clean energy technology venture capital firm in the world and today, is a member of the Chrysalix Global Network (CGN). The Chrysalix EVC team has an exceptional track record in this emerging industry. Collectively, it has over 120 years of experience in the energy industry and over 120 years in the venture capital business. The Firm is backed by a strong group of international blue-chip industrial and financial Limited Partners, and is headquartered in Vancouver, British Columbia, with a supporting office in Calgary, Alberta. For more information, please visit www.chrysalixevc.com.