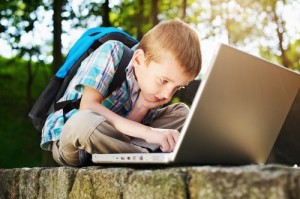 Canadian venture capital firm Vanedge Capital led a US$5 million Series B financing of San Francisco-based Playnomics Inc., a provider of data science and predictive analytics for mobile, social and browser games. Joining in the round were existing investors FirstMark Capital and XSeed Capital. Tony Lam, principal of Vancouver-based Vanedge, has joined Playnomics’ Board of Directors.

PLAYNOMICS CLOSES $5M IN SERIES B FUNDING FOR PLATFORM EXPANSION

The current round will be leveraged for the company’s continued focus on games and gamification mechanics and further expansion of the existing PlayRM Platform, which already profiles a total of over 100 million unique players across dozens of leading online games and brands worldwide.

“Playnomics has always been focused on determining why and how audiences play, and enabling game developers and brands to measurably increase player retention, engagement and monetization using our PlayRM platform,” said Chethan Ramachandran,
CEO of Playnomics. “With this new round of funding, we’ll be able to further expand the features and capabilities of the platform to meet the growing needs of our partners worldwide. Developers can expect several new product releases this year that leverage our predictive scoring and segmentation engine.”

“As veterans in interactive entertainment and video game technology, we recognize that access to big data science, improved analytics and advanced marketing software is an absolute requirement for successful games. Playnomics has already made significant moves in this space, creating real value for their partners, and our fund was created to support companies like Playnomics as they move forward building out their vision,” said Lam.

Playnomics’ PlayRM Platform and PlayScience Engine currently supports game developers and consumer brands worldwide across over 100 games and applications, both web-based and mobile, scoring data from over 30 million monthly active players and processing over 5 billion in-game events. While the PlayScience Engine scores players across multiple facets, including predictive scores and personality scores, the PlayRM platform puts a comprehensive suite of tools at the developers’ fingertips. This includes the PlayRM™ Segmentation Engine, PlayRM™ Messaging Engine and PlayRM™ Player Marketplace. Developers can effectively segment, target, acquire and engage players based on key game behaviors, ultimately driving increased revenue and retention. The PlayRM Messaging Engine enables developers and publishers to communicate directly with individual users through personalized messages and cross-promotion, based on their gameplay behavior and optimized to encourage engagement, monetization and virality. As player activity and spending continues to grow in mobile, and user acquisition costs skyrocket upwards, the importance of re-engaging the right players rises as well. With today’s funding news, Playnomics plans to continue focus and growth of their platform in this area to meet market demand.

About Playnomics
Founded in 2009, Playnomics is the global leader in quantifying play behavior. Comprised of entrepreneurs and industry experts who pioneered data mining in finance, information security and bioinformatics, Playnomics was the 2010 winner of the VentureBeat startup competition “Who’s Got Game”. In 2012, Playnomics launched the first-ever CRM platform for games called PlayRM™, and grew its predictive PlayScience Engine to score a total of over 100 million unique players across dozens of the leading online games and brands worldwide. San Francisco-based Playnomics is backed by leading venture investors, including FirstMark Capital, Vanedge Capital,
XSeed Capital, MetamorphicVentures, Accelerator Ventures, and TriplePoint Capital.