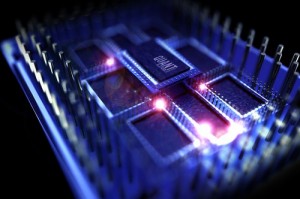 D-Wave Systems Inc., the world’s first commercial quantum computing company, today announced the formal launch of its U.S. business. Industry expert and supercomputing veteran, Robert “Bo” Ewald will lead the U.S. business as President and will head up global customer operations as the company’s Chief Revenue Officer. New offices and R&D facilities have opened in Palo Alto, California and others are expected in the near future.

“Bo Ewald joining us is huge validation of our business,” said Vern Brownell, CEO of D-Wave Systems Inc. “Bo is a legendary figure in the supercomputing industry. His knowledge and influence reach a wide array of sectors, where he has delivered state-of-the-art high performance solutions for research, defense and intelligence, energy, manufacturing, financial services and genomics. Throughout Bo’s career he has been dedicated to helping organizations solve their most difficult challenges, which perfectly matches the mission of D-Wave. Today we launch our formal presence in the U.S. and will start to expand our business globally. It is gratifying to have Bo at the helm.”

“I’ve been in pioneering technology organizations for a long time with companies that did things that had never been done before and that allowed their customers to do the same,” said Ewald. “The quantum computers being developed by D-Wave and the applications that will be used by our customers will be an even more revolutionary step than I’ve seen in the industry. People will be able to solve problems that they can only dream about today, on systems that are turning science fiction into science fact.”

Ewald joins an executive team that recently added another Silicon Valley corporate trailblazer, Steve Cakebread, as D-Wave’s CFO and Chief Administrative Officer. Prior to joining D-Wave Cakebread had been the CFO of Pandora, and before that held the positions of President and CFO of Salesforce.com. Cakebread and Ewald worked together previously at Silicon Graphics, Inc. (SGI).

Ewald brings a long history with other pioneering technology organizations to D-Wave. He was at visualization and HPC leader SGI twice, most recently as CEO, and had a number of roles at supercomputing leader Cray Research including President, COO and CTO. Ewald has led several start-up companies as CEO/Chairman including Linux Networx, e-Stamp, and most recently Perceptive Pixel. He started his career at the Los Alamos National Laboratory working on computer graphics and high performance computing and ran the Computing Division at the laboratory for several years. He has served on the Boards of Directors of several public and private companies and has participated on many industry and government panels and committees, including being appointed by the White House to the President’s Information Technology Advisory Council.