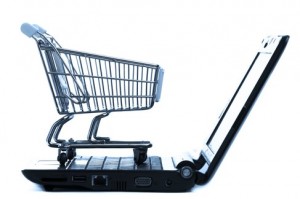 Canadian e-retailers Dealfind.com Inc. and TeamBuy.ca Inc. have agreed to merge to create a single online deals destination. The Toronto-based companies, which offer daily deals on products and services in electronics, fashion, housewares, restaurants and travel, will operate separately in 2013 and then integrate websites under a new banner. Dealfind.com has been backed since 2011 by Georgian Partners, Insight Venture Partners and the Ontario Venture Capital Fund. TeamBuy.ca has also received venture capital financing from undisclosed sources.

The transaction—the largest ‘daily deal’ merger in North American history—brings two of the strongest brands in the industry together to offer an unrivaled array of unbeatable deals to over 3.5 million members combined—including a million throughout the United States. Both companies began as ‘deal-a-day’ sites, evolving rapidly to become leaders in the broader flash sales and e-commerce space across various categories.

“From a consolidation perspective, this merger gives us a rock solid foundation where one in every 10 Canadians is signed up to our service,” says Ghassan Halazon, CEO of TeamBuy. “Over the past few years, both TeamBuy and Dealfind have chosen to re-imagine the original daily deal model in very similar ways. This makes the merger a perfect fit from an operational standpoint.”

The two brands will continue operating separately throughout early 2013, after which the sites will be integrated under a single banner and a newly minted website will be unveiled. Halazon continues in his role as CEO, while TeamBuy President Edward Yao and Dealfind CFO and COO Jason Redman continue in their respective roles.

The merger also includes MenuPalace.com, the popular restaurant and hospitality guide, which prior to the deal had operated alongside Dealfind.com as a North American hub for finding the best restaurants and ordering online.

The combined company plans to increase both the amount of deals and verticals available on the site significantly during 2013, further cementing its status as the go-to site for everyday deals across all major shopping categories. Moving forward, the company also plans to bolster areas including customer service, to further improve response times, and logistics, to significantly reduce shipping times. Halazon also says that deal personalization and mobile experience are both areas in which the company plans to stand out to ensure better relevance and overall user experience.

“Our long-term focus is locked onto re-defining the Canadian e-commerce landscape at-large, connecting millions of members and thousands of merchants in new and exciting ways. This is a match I believe the industry has been waiting on for some time and we couldn’t be more pleased,” adds Halazon.

About TeamBuy.ca
Canada’s first deal-a-day website, TeamBuy.ca was launched in Toronto in 2009 and appeared on popular reality TV Show, Dragons’ Den shortly after. Over the last three years, the company has refined its group buying business model to emerge as a broader flash sales e-commerce destination that offers deals across multiple categories including Restaurants, Healthy & Beauty, Electronics, Home, Fashion, Local and Luxury goods and services. Considered a trusted city guide that introduces it’s millions of members to the finest that their city has to offer, TeamBuy.ca is available across Canada. Since 2009, TeamBuy.ca has grown rapidly, cultivating relationships with thousands of diverse merchant partners, expanding to offer mobile and Facebook e-commerce apps and generating over hundreds of millions in savings for their members.

About Dealfind.com
The largest Canadian-based e-retailer with a daily deal format, Dealfind offers consumers unbeatable prices — up to 90% off — on products and services ranging from restaurants, spas and travel, to jewelry, electronics, cosmetics, housewares and more. As a local marketing platform, Dealfind provides brands, distributors and retailers throughout Canada and the United States the opportunity to cost-effectively increase exposure and gain valuable new customers. See www.dealfind.com for more information.