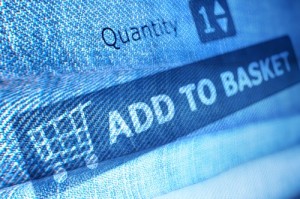 Shopify announced today that it has acquired Canada’s leading design and user experience agency, Jet Cooper. This strategic acquisition will allow Shopify to rapidly expand operations in Toronto while strengthening their design and UX capabilities.

As the world’s fastest growing ecommerce platform, Shopify’s employee headcount has grown exponentially over the last few years. The company has doubled their staff each year since 2006 and is on course to reach 300 employees by the end of 2013. Although 80% of Shopify’s merchants are in the United States, Shopify has been rapidly expanding its Canadian presence with new offices in Montreal, Winnipeg and Toronto.

“This acquisition brings in some of the best designers in the world,” said Tobias Lütke, Shopify’s founder and CEO. “Jet Cooper has been doing ground breaking design and UX work for some very notable brands and we’re thrilled to have them join our team.”
Lütke launched Shopify in 2006 with the goal of redefining how people build online stores. Today, the ecommerce platform powers over 60,000 online stores that have processed over 35 million orders generating $2 billion in online sales. The acquisition of Jet Cooper will allow Shopify to continue to give merchants a professionally designed online store that looks like it was custom built by an expensive design firm.

Satish Kanwar, co-founder and CEO of Jet Cooper will be joining Shopify with his team of over 25 developers and designers. “We’ve been keeping track of Shopify’s meteoric growth over the last few years,” said Kanwar. “With ecommerce on track to grow double digits in Canada and the US every year, there is no doubt that we’re joining a company that will continue to scale in a market with significant potential.”

Jet Cooper was founded in May of 2009, and have since made a name for themselves as one of Canada’s top design firms. Their unique, creative work on projects for well-known brands like Cineplex, Sobeys, TELUS, Metro News, Kik, and TEDxToronto, have set them apart from other agencies.

“The company culture at Shopify is very similar to ours,” said Kanwar. “We both focus on creating amazing high-quality products, and we make sure to have a great time doing it. Joining the Shopify team will let us continue the kind of work we’re passionate about, in a new, fast-growing field. We’re so excited – I can’t imagine a better fit for Jet Cooper.”

About Shopify
Shopify is an ecommerce platform that allows anybody to easily create a beautiful online store. Shopify currently powers over 60,000 online stores in 100 different countries, including: Gatorade, Forbes, Tata Group, Tesla Motors, Amnesty International, Encyclopedia Britannica, CrossFit, and many more. Shopify was founded in 2006 and has received $22 million in Series A and B funding from Bessemer Venture Partners, FirstMark Capital, Felicis Ventures, and Georgian Partners. Learn more at http://www.shopify.com.