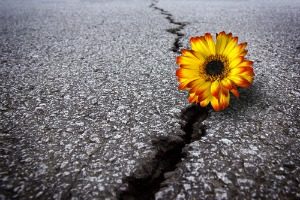 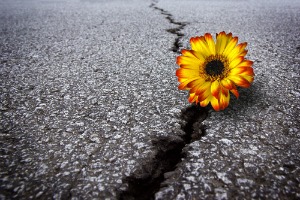 Several venture firms globally have raised or are raising funds this year in the $200 million to $400 million range dedicated to life sciences, biotech, and medicine, while others have raised large, diversified funds with big chunks dedicated to those fields.

A handful of big acquisitions, new U.S. laws that could speed up drug approval in key areas, and a broader definition of what investors think belongs in those funds are helping to breathe life into the highly cyclical sector, investors say.

Health and biotechnology start-ups need every boost they can get.

Such companies rarely produce blockbuster initial public offerings. For biotechnology in particular, products have to clear high regulatory hurdles and often take over a decade to get to market. The failure rate is high.

Last year, Morgenthaler Ventures and Advanced Technology Ventures spun off their life-sciences investment teams and merged them into an independent group. Scale Venture Partners said it would stop investing in healthcare.

But the firms that remain in the field say they see hope.

Big drugmakers see early-stage venture investing as a proxy for expensive in-house drug development. In part because the relative paucity of venture activity in biotech has raised concerns about the long-term product pipeline, they are increasingly investing directly alongside traditional venture investors.

Established companies “can invest in that innovation with a portion of the dollars they would have invested in their own R&D,” said Marty Waters, a lawyer at Wilson Sonsini who helps arrange investments in the area.

Some have set up their own venture funds, as Merck & Co did last year when it created its $250 million Merck Research Venture Fund, joining several other major drugmakers with venture arms.
Those moves are in turn helping to encourage remaining venture-capital firms in the field. This year, the funds raised or being raised include Frazier Healthcare Ventures’ $400 million fund, Longitude Ventures’ $331 million fund, and a $200 million fund from Index Ventures, GlaxoSmithKline, and Johnson & Johnson.

Partners say there is a sense that because so many firms have succumbed to the challenges and exited life sciences, the ones that remain will have a better shot at success.

Previously, “too much money was chasing too few deals,” said Brent Ahrens of Canaan Partners. “If the too-much-money part goes away, that’s likely to improve the ecosystem.”

Few expect life sciences overall will see the heady gains of the 1990s. And because the field doesn’t produce glitzy companies, it will never attract the buzz that a sector such as the consumer Internet has enjoyed in recent years.

“This isn’t Facebook or Zynga,” said James Topper of Frazier. “Over the past ten years, biotech returns have been steadier than in tech. But you don’t have a 100-times fund in biotech like you do in tech,” he said, referring to a return of 100 times or more that a few funds have enjoyed as a result of giant scores on companies such as Google and Facebook.

But the different character of life-sciences start-ups is precisely the appeal for many investors. “Every therapeutic idea or product is a big idea,” said Kevin Kinsella of Avalon Ventures, which just raised a $200 million life sciences and technology fund. “In technology, until proven otherwise, every idea is a small idea.”

Meanwhile, lawmakers and regulators in Washington are working to speed up the approval process for drugs that could lead to breakthroughs in life-threatening diseases – and many investors hope that could in turn speed return on investment.

Some venture firms are also broadening the types of businesses they consider part of the life-sciences field, with ventures that apply information technology to healthcare problems of particular interest.

“There’s been more of a consumer-Internet focus,” said Annie Lamont of Oak Investment Partners, summing up the attitude as “let’s take the consumer Internet and apply it to healthcare.”

Oak backs companies such as Castlight, which allows patients to compare costs for medical procedures. The company recently closed a $100 million funding round and is considered an IPO prospect for 2013.

Other venture-backed companies that fit that mold include ZocDoc, which automates appointment booking; 23andMe, a company that allows customers to test and learn about their DNA; and medical-records company Practice Fusion.